Less than one month to go before the primary, Biden waffling on student loans and more on Alabama Politics This Week … 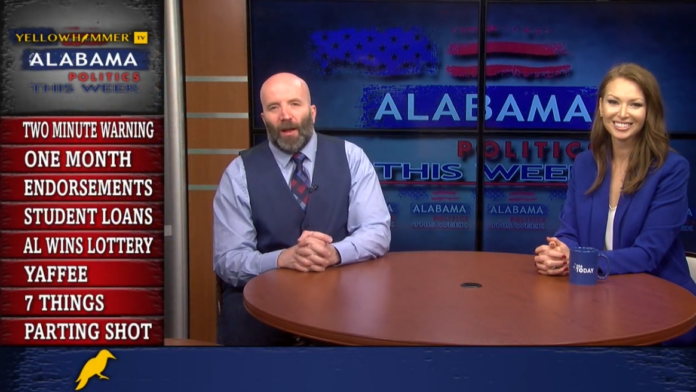 — With one month to go, are the GOP primaries are heating up for U.S. Senate, governor and state offices in Alabama?

— Does a spurt of Alabama lawmaker endorsements for Governor Kay Ivey mean she has he reelection locked up?

WVNN talk radio host Yaffee joins the show to discuss the lottery, issues in the Alabama U.S. Senate race and everything happening in Alabama politics this week.

Jackson closes the show with a “Parting Shot” directed at people freaking out about Elon Musk’s Twitter purchase because they are scared about the lack of control over Musk’s promises of free speech.