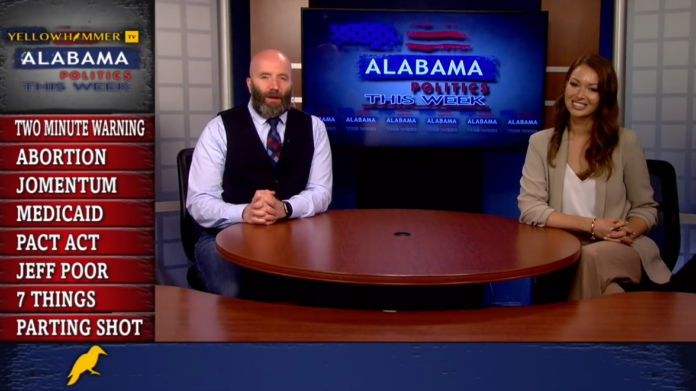 — Did Kansas’ vote on abortion change anything in Alabama or for the future of abortion in the United States?

— Is U.S. Senator Doug Jones (D-Mountain Brook) correct in declaring the Democrats have momentum heading into 2022?

1819 News’ Jeff Poor joins the show to discuss the potential for Medicaid expansion in Alabama, closed primaries and everything else happening in Alabama politics this week.

Jackson closes the show with a “Parting Shot” directed at Governor Kay Ivey for not saying how she feels about ending crossover voting in the state.