Judy Miller is a 2021 Woman of Impact 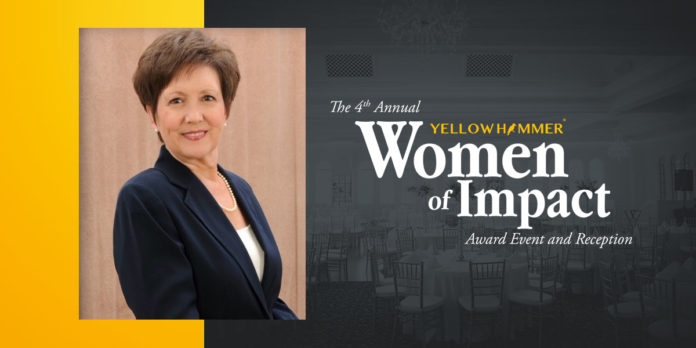 There are leaders in state government who seek no spotlight, tirelessly working behind the scenes to deliver for the citizenry. For Judy Miller, this has been her life’s work.

Miller was tapped in 2019 to serve as chief of staff for Lieutenant Governor Will Ainsworth, becoming the first woman to serve in such capacity as an official of the executive branch in state history. Although the position she holds is of great importance and prestige, she maintains that no one role, whether at the local or state level, is greater than the other.

From being chief of staff for the state’s second highest-ranking office, to the many boards she’s served on in her home county, Miller truly believes that no position is too small for her to make an impact upon.

Perhaps this is what is so unique about Miller’s career. Her selfless desire to serve others is both admirable and distinct. In an arena where self-promotion is abundant, Miller seeks no recognition. Her work ethic and commitment to serving the needs of the state’s taxpaying citizens are both honorable and worthy of immense praise.

In government support roles, various positions require certain skillsets. Miller is a jack of all trades and carries out each masterfully, as evidenced by the position she holds today.

As chief of staff for the lieutenant governor, she drives the office’s public policy agendas. This includes key initiatives in workforce development, education, small business and aerospace. Miller assists the lieutenant governor in presiding over the Senate when the legislature is in session and serves as the official designee to state and agency meetings. She also handles constituent casework and manages all statutory appointments of members to state boards, committees and commissions.

Prior to becoming the lieutenant governor’s chief of staff, Miller served as executive director at the Marshall County Legislative Delegation office. Her service in the role spanned three decades, during which she supported the work of 12 different legislators.

In her former position, Miller played a critical role in researching and developing legislation, as well as administering local grant programs and handling all constituent cases. She managed the schedules of multiple elected officials, all while carrying out the office’s communications and public relations duties. She also actively involved herself in developing public policy and numerous interagency activities within the district.

Those who know Miller understand that she is a problem-solver in every sense of the term.

Miller tells Yellowhammer News that the most gratifying aspect of her former role at the local level of government was handling constituent casework, as she was able to work with citizens on a personal level.

“I guess that’s kind of where my heart was,” says Miller referring to her work in assisting constituents resolve issues. “You know, politics is a necessary part of the job, but the most rewarding part of the job was being able to help people one-on-one. Some of the most unreal challenges, people had a lot of red tape sometimes associated with their problems. I just always loved to be able to find a resolution.”

She adds, “A lot of the time it could change the course of somebody’s life. So, that was the rewarding part of the job. I always liked to take a problem – a challenge [or] an issue – and see it through to a good end.”

Miller’s service to the citizens of the state extends well outside of her official capacity as leader of the lieutenant governor’s office. She serves a multitude of roles at both the state and local level, all of which have a direct impact upon the community.

These are only a handful of boards and committees Miller has blessed with her work throughout her decades-long service to her state and local community.

Miller has been recognized for her work toward maintaining Alabama’s beautiful landscape.

In 2005, she received the Legislative Certificate of Appreciation from Marshall County PALS (People Against A Littered State). She was also the 2006 recipient of the Governor’s Conservation Achievement Award for “Water Conservationist of the Year.” Additionally, she was recognized by the Sand Mountain Reporter as a “Local Hero.”

A local hero she is, but her impact can be felt statewide. Lieutenant Governor Will Ainsworth expresses this sentiment as he heaps praise on Miller for her exemplary public service.

“Judy Miller devoted years of her life to serving the citizens of Marshall County, and now she is devoting her talents and efforts to help meet the needs of Alabamians across the entire state,” says Ainsworth.

Ainsworth further states that he believes Miller’s impeccable record of service is worthy of immense commendation.

He adds, “As chief of staff, she is a valuable member of my team, and I am happy she is being recognized. I have known for quite a while that Judy is a woman of great impact, and thanks to this award from Yellowhammer News, the rest of Alabama is now aware of her work, as well.”

Miller reflects on what it means to have shattered the glass ceiling of being the first woman to serve as head of an executive-level government office.

“That is quite an honor,” she says. “You know, women have different perspectives and women need to be heard and considered when decisions are made on every level. I’m just in awe of being listed among the amazing group of women,” Miller says in reference to women of leadership involved in state government.

Being the humble public servant she is, Miller’s only desire is to have had a lasting positive impact on those with whom she has crossed paths.

“Titles or spotlight has just never really been my thing,” she says. “I just want to look back and know that I had influence and that I’ve used that influence to make a difference for the good.”

Miller has solidified her standing as an influential leader at the highest levels of state government. Her longstanding career of public service has been nothing short of exceptional. She doesn’t seek glory, recognition or praise.

Miller only takes delight in being able to solve issues that are facing the citizens of the state that she loves so dearly. Her service-first mentality is truly worthy of widespread praise and recognition. Miller’s work is sure to have a lasting impact on her community and state for many decades to come.

Yellowhammer News is proud to name Judy Miller a 2021 Woman of Impact.