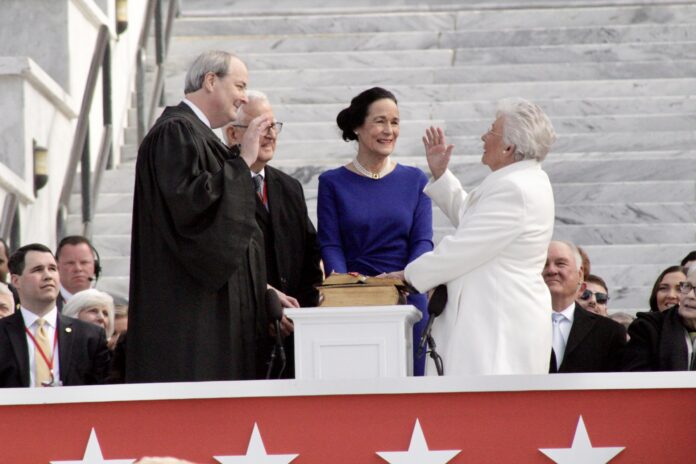 Gov. Kay Ivey is taking on the task of moving the Yellowhammer State out of the basement in the national education rankings.

Ivey is in her second term as governor. As lieutenant governor in 2017, she became the state’s chief executive when Gov. Robert Bentley resigned.

In her inauguration speech Monday, Ivey said she wants to push Alabama into the top 30 of states in the subjects of reading and math. She said she will be signing an executive order that will create the Alabama Commission on Teaching and Learning.

“Ensuring every Alabama student receives a high quality education will be my number one focus,” Ivey said. “We will build upon the foundation we have laid so that by the end of my term, Alabama will rank in the top 30 states for the first time in our history in reading and math.”

Alabama traditionally ranks very poorly in math and reading in comparison to other states.

“I also support parents being able to decide what is best for their own child’s education,” she said.

Austen Shipley is a staff writer at Yellowhammer News.