It’s a recession whether Biden believes it or not, masking in Alabama seems unlikely and more on Alabama Politics This Week … 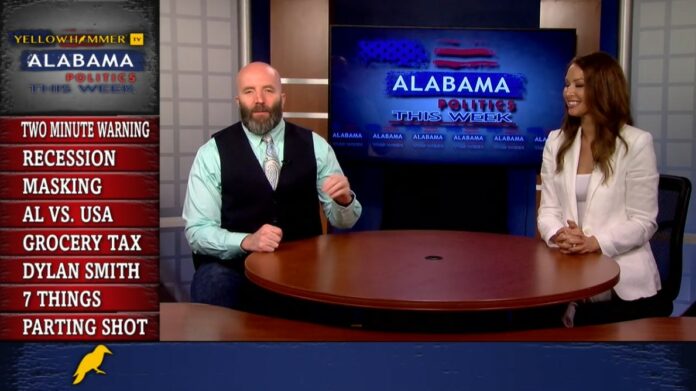 — We are clearly in a recession, so why are some pretending otherwise?

— Will any Alabama politicians call for a return to masking?”

— Why is the federal government looking to withhold student lunches to push their transgender issues in the nation’s schools?

Yellowhammer News’ Dylan Smith joins the show to discuss the Alabama Legislature’s chances of ending the grocery tax, the Alabama delegation’s response to the recession and everything else happening in Alabama politics this week.

Jackson closes the show with a “Parting Shot” directed at the politicians who tout how great it is that gas prices have dropped a mere 50 cents, leaving them at near all-time highs.