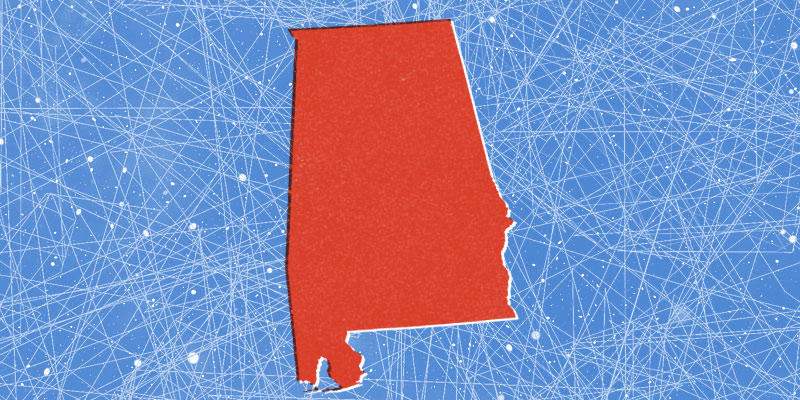 As he gears up for his gubernatorial run, Huntsville Mayor Tommy Battle is pushing a more connected “Cyber Alabama”, noting that the state ranks 40th in the nation for internet connectivity.

But the number of state residents he cites lacking what Battle deems adequate internet speeds – 883,000 – is tied to the Federal Communications Commission’s new broadband standard of 25 megabits per second, a 250 percent boost from the previous standard, that was approved under former Democratic chairman Tom Wheeler in 2015.

That paradigm shift suddenly made adequate internet speeds inadequate in the eyes of many bureaucrats, leading to a push for more local governments to step in with taxpayer-funded services, although residents can still stream video on multiple devices with speeds well below 25 mbps.

In Battle’s own backyard of Madison County, residents enjoy a variety of choices – although leaders like the Huntsville mayor want to tout new entrant Google Fiber as a savior for the city. Google Fiber is leasing dark fiber from Huntsville Utilities, which is in the midst of building a gigabit-capable broadband network and power grid upgrade using $57 million in ratepayer dollars. The utility hopes to recover most of those costs with leases to providers like Google Fiber, although it hasn’t yet announced any other leasees or been forthcoming with financial details on the Google Fiber deal.

Battle’s quest may be a solution in search of a problem considering the introduction of fast speeds by private providers. For example,  AT&T is expanding its Internet 1000 gigabit service to Huntsville and other north Alabama cities, while WOW! Internet, Cable & Phone began providing gig speeds in Huntsville last fall. Comcast will offer speeds up to 10 gigabits per second to Huntsville residents this year. Mediacom is undergoing a major expansion to provide gig speeds in 18 communities in north Alabama and south Tennessee, criticizing the subsidies and cherry-picking ability enjoyed by providers such as Google Fiber.

In his recent blog post, culled from his address to the annual conference of Government Managed Information Systems, Battle gives the introduction of Google Fiber to the Huntsville market the credit for the local internet revolution, but the reality is that legacy providers like AT&T and Comcast have been systemically implementing gig internet across the U.S. for years.

Battle said that 1.1 million people in Alabama have access to only one wired provider, leaving them no options to switch. It’s an argument that’s been at the heart of many government broadband projects, as bureaucrats vote to use taxpayer funds to give residents more internet options.

Putting aside the notion it’s not government’s place to supplement the private market on internet, which has much more expertise in the practice, the money being thrown at publicly owned internet projects would be better suited as subsidies for a free market searching for solutions to solve that rural broadband gap.

For example, Connect America funding is helping fuel the growth of fixed wireless, which allows providers to beam internet signals from cell towers to antennas installed on nearby homes. There are more than 1,400 such providers in the country, covering most of the population.

Better lawmaking would also help. Sen. Clay Scofield (R-Guntersville) has twice introduced legislation that would provide an income tax credit equal to 10 percent of the investment in qualified broadband telecom network facilities and a 10-year property tax exemption on those facilities in rural areas. His amendment to the Alabama Renewal Act would also exempt sales and use tax for equipment and materials used to operate those facilities.

Perhaps the third time will be the charm in 2018 for Scofield and his smart broadband bills seeking to incentivize private providers to expand to areas where they otherwise struggle to turn a profit.

Alabama needs to be better prepared for a future that will require more high-speed internet, but let’s make sure it’s done the smart way – with less taxpayer money and more reliance on the private sector.

Johnny Kampis, a resident of Cullman, is investigative reporter for the Washington, D.C.-based Taxpayers Protection Alliance.