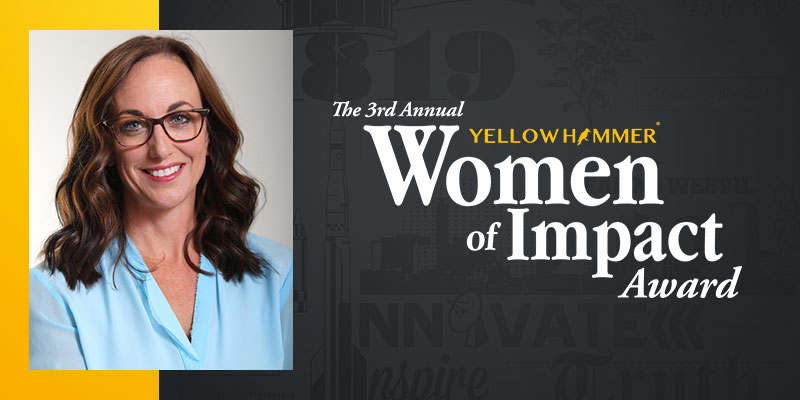 Dr. Cheri Canon is much more than an award-winning doctor specializing in diagnostic radiology at the University of Alabama at Birmingham (UAB).

Also a professor and the Witten-Stanley Endowed Chair of Radiology at UAB, Canon’s impact reaches far beyond her important day jobs.

In a recent interview with Yellowhammer News, Canon attributed her success in academia to mentors that shared their experience and advice with her.

“Without this advice, I would not have been able to successfully navigate an academic career, particularly as a woman,” she said. “However, this advice has come from both men and women. I often hear women solely seeking mentorship from other women. While this is important, diversity again is key. We must understand the perspectives of men as well if we are to truly achieve our goals.”

Canon understands that she has faced challenges unique to women, but reinforces that diversity is always valuable. She is even published in the Journal of the American College of Radiology on “Gender Diversity within the American Board of Radiology.” She challenges anyone to point to a situation where diversity of thought is not superior to an echo chamber.

“Medicine is complex; radiology is complex,” Canon advised. “If we are to address issues within our field, we need to come together in an open forum that demonstrates diversity of every definition. Only then can we solve the real issues.”

While diversity remains important in her academic career and professional development, she said she selfishly loves seeing women succeed in their field. She is a co-creator for the inaugural nationwide Leading, Empowering and Disrupting (LEAD) Women’s Leadership Program, which is in its second year. The program is a collaboration between the Society of Chairs of Academic Radiology Departments across the United States and GE Healthcare to specifically cultivate more women chairs in radiology.

Indeed, Canon is an active leader on the national stage when it comes to her field. She has served as an oral examiner for the American Board of Radiology (ABR) for more than a decade and as a member of ABR’s board of trustees. Canon now sits on the ABR board of governors. Another key example is her previous service as vice chair of the American College of Radiology (ACR), as chancellor on the ACR board and served as the chair of the ACR Commission on Education. She is the president-elect of the Society of Chairs of Academic Radiology Departments (SCARD).

However, some of Canon’s most prized work comes outside of the halls of academia and medicine.

She works with Birmingham’s Momentum, which has now blossomed into a network of over 500 women alumnae leaders in Birmingham and continues to grow. Canon serves as a role model so that other women can see that they can be successful in a leadership position and still have a family and life outside of work. She recently finished her second term as president of the Momentum board but considers herself a “lifer.”

Canon told Yellowhammer News that the most rewarding part for her is watching others’ successes.

“As a chair, I feel my most important role is creating a culture wherein our faculty members can thrive and support their development, she said. “It is rewarding to see someone land their first grant, achieve academic promotion, or celebrate their first publication.”

She continued, “For me, there is no greater reward than the knowledge that someone has navigated troubled waters, or risen to greater heights, or taken baby steps toward progress, as a result of time spent with me.”

Canon acknowledged that it is important to choose a career path based upon your profession rather than a path someone else deems fit. She said while others sometimes deter young minds from entering the medical field, she feels that while it has not always been an easy road, it has been incredibly fulfilling for her.

Yellowhammer News is proud to name Dr. Cheri Canon a 2020 Woman of Impact.

Lenze Morris, a native of Southeast Alabama, is a special contributing writer to Yellowhammer News for the 2020 Women of Impact series