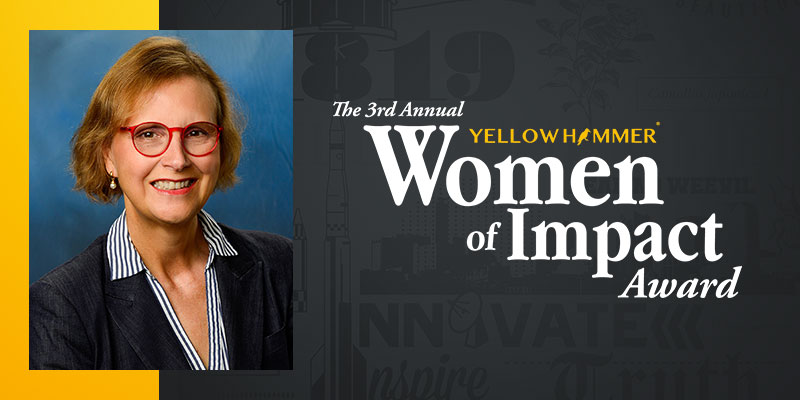 One of the most decorated researchers in the wide world of industrial systems and engineering is right here in Alabama: Dr. Alice Smith, a professor at Auburn University.

Smith has authored over 200 scholarly articles in leading journals — a key indicator of success among professional academics. Those pieces have been cited thousands of times over in industry publications, another sign that her work has pushed the field forward.

She was awarded a distinguished position as a Fulbright Senior Fellow in 2014 and is currently the Joe. W. Forehand/Accenture Distinguished Professor at Auburn.

When she first entered school, Smith had inclinations towards being an artist, but her father encouraged her to study something he felt would have more readily available employment opportunities.

“I chose engineering,” Smith said in a recent interview with Yellowhammer News, adding that she quickly found her chosen course of study to be “very artful.”

“In fact, my research is pretty artful, and by artful I mean there is a lot of creativity and inspiration,” she explained.

She later earned an MBA from Saint Louis University while working for Southwestern Bell Corporation.

After deciding she preferred the world of teaching, Smith earned a PH.D. from Missouri University of Science and Technology in 1991 and later that year became an assistant professor at the University of Pittsburgh.

Dr. Smith believes that regardless of the complexity of one’s chosen field of employment, people should choose a path that can lead them to happiness.

“The purpose of working is to make money and have fun,” Smith said when Yellowhammer asked her what piece of advice she thinks about often. “You need to enjoy and feel gratified by what you do.”

“If you feel like your profession and your work is not leading you long term to where you want to go, then it is time to make a change,” she explained, referencing her move from Southwestern Bell to academia.

Smith quickly moved up the ranks in Pittsburgh, becoming an associate professor in 1996. She stayed at the level for three years before Auburn hired her to be a professor and to chair the Department of Industrial and Systems Engineering.

Under her leadership, the department impressively increased its enrollment by 200% and its research funding by 500%. Though she transitioned out of the chair position in 2011, she hired and organized a department that now has 250 undergraduate students and 12 faculty positions.

Since 2012, Smith has held two different prestigious professorships at Auburn, where she both teaches and conducts research projects.

“She loves what she does and is empathetic towards students who try hard,” a student wrote online after taking one of Smith’s classes.

“My own work is inspired by natural systems so part of it is observing the world around us and how we can translate this into mathematical models and computer algorithms to solve problems,” Smith told Yellowhammer about the projects she works on when not instructing students.

Smith’s papers and research work have now accrued too many honors for a summary to even do her justice, however those wanting to peruse some of her accomplishments can do so here.

Yellowhammer asked Smith about working in a field that has for years been predominantly male.

The distinguished expert told Yellowhammer that women who choose to study engineering tend to have been at the very top of their class, something not true for many male engineering students.

“I think it is an intimidation thing that women aren’t feeling confident enough to choose engineering unless they’re an A or B+ student, while this is far from true,” she explained.

“You can be a very successful engineer and be an average student as long as you have the willingness to learn and to work hard,” Smith added.

The subject of greater female participation in her field is important to Smith. She edited a book entitled “Women in Industrial and Systems Engineering” that was published in fall 2019.

In the book, each chapter is by a woman in the field who Smith sees as doing important work. The collection is one in a series on women in the sciences, and Smith says it turned out much longer than the others because there was so much great work being done by women for her to highlight.

Smith says she was happy with how the book turned out, especially because “all of the authors and the other people who have examined the book and read the book have all thought it was a volume worth doing.”

“It will serve as a landmark for hopefully many years to come,” she remarked.

In addition to being a world-renowned engineer, Smith is also a mom and wife. She says the thing in life of which she is most proud would be her three children, all of whom are now grown and followed her into the field of engineering.

The engineering expert also spoke fondly of Auburn University, which all of her children attended.

“I can see the value of the education, and how important it is to the people of Alabama and this region,” she said of the school.

Smith told Yellowhammer that when she first arrived on The Plains she “never expected to be at Auburn this long,” but that she has “grown to love Auburn” and now considers herself “Auburn by choice not by birth.”

“I feel like the rest of my career will be here,” she remarked.

Yellowhammer asked Dr. Smith what advice she had for those entering the engineering field, especially young women.

“The main thing is just go for it,” she replied, further advising young people to “do your best and likely things will turn out well.”

Yellowhammer News is proud to name Dr. Alice Smith a 2020 Woman of Impact.