Mobile, Alabama—a bed and breakfast. It’s early morning. I am not a morning person. On a good day, it takes me a full sixteen hours to wake up.

There are two girls at the breakfast table. They are from France. Sisters.

They are young. Talkative. They speak English, with accents. They are eating triple the food I eat.

This is their first visit to Alabama.

“We NEVER visit this Deep South before,” says the girl who wears a camellia in her hair. “There is so much beauty. But it is SO hot.”

Hot. It’s only eighty-six outside. I could wear a wool sweater and jump rope in the attic without breaking a sweat.

They tell me their mother passed away a month ago. The girls are taking this trip—which their mother always wanted to take.

They’re here to honor her memory.

They flew into New York City first. They rented a car and set off for the Yellowhammer State—home of Spanish moss, live oaks, boiled-peanut stands, cotton fields, and mosquitoes big enough to kill most medium-sized house cats.

Yesterday, they hired a guide to take them fishing in Mobile Bay. It was everything they’d hoped it would be.

She holds her hands out as far as she can.

“We even eat GRITS!” says her sister. “With cheese, they are so weird, these grits.”

They got their first American sunburns, they drank Ko-Kolas from glass bottles. They ate tomato sandwiches.

They just left Birmingham recently, where they spent two days. They were nervous in the big city.

“Our friends in France warn us that Birmingham is dangerous city,” she says. “That we must be VERY careful, or we get shot.”

I inform her that her friends are exactly right. There is no telling what kind of hell lurks in the ghettos of Mountain Brook.

“We visit Sixteenth Street Baptist Church,” she says. “And we both cry. It was very moving.”

So far, the girls have done it all. They took a canoe tour on the Coosa. They had pictures made at the Hank Williams statue in Montgomery.

They sipped sweet tea with mint, and clipped fresh camellias for their hair. They’ve eaten oysters in Azalea City. They drank at the Flora-Bama.

After the week is over, they will be traveling to Tennessee, Georgia, Louisiana, and Mississippi.

She goes on, “People always tell my mother, ‘You crazy. Why you wanna go to Alabama? Why not Grand Canyon, or Yellowstone, or Disney World?’

“My mother was beautiful, she was kind, and she was everything.”

One sister says something in French. They laugh. Then, their faces become serious. The older sister touches her sister’s hand. I don’t speak French, but I understand that look.

“We don’t mean to talk about our mother so much. We are only missing her today.”

I know you are, darling. And I believe you always will.

Welcome to the South. 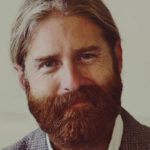 About the Author: Sean Dietrich is a columnist, and novelist, known for his commentary on life in the American South. His columns have appeared in The Birmingham News, The Tallahassee Democrat, South Magazine, the Bitter Southerner, Thom Magazine, Mobile Bay Magazine, and he has authored five books.

You can read more of his work on his website here.