Byrne on Tuberville’s Florida voter registration: ‘We don’t like carpetbaggers in Alabama’ 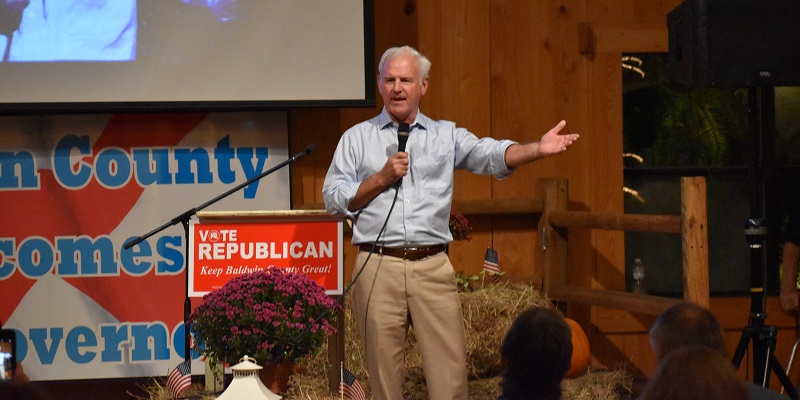 Although the early going of the contest for the 2020 U.S. Senate Republican nomination in Alabama has been relatively tame, Rep. Bradley Byrne (R-Fairhope) took a dig at his only announced opponent, former Auburn head football coach Tommy Tuberville, on Friday.

During an appearance on Huntsville radio’s WVNN, Byrne offered his reaction to reports Tuberville was registered to vote in Florida and not in Alabama, where he is seeking a U.S. Senate seat.

Tuberville acknowledged he had been registered to vote in Walton County, Fla., but attributed that to the need to be near an airport so he could travel and perform his announcer duties for ESPN.

Byrne questioned Tuberville’s reasoning, noting the airports and proximity of airports to various places in Alabama.

“Yeah, I think it’s a problem,” Byrne said on “The Jeff Poor Show.” “We don’t like carpetbaggers in Alabama. I mean, the idea that you have to be near an airport — there’s an airport in Mobile, an airport in Montgomery, an airport in Birmingham and Huntsville. I mean, if you want to live in Auburn, you’re an hour and a half away from one of the largest airports in the world. That just doesn’t cut it.”

“Senator Arthur Orr was apparently on Dale’s show earlier today and basically said he doesn’t want to pay income taxes in Alabama,” he continued. “And as you know, Florida doesn’t have income taxes. So, I get that if that’s what he wants to do. But that means he’s not from Alabama. And he needs to do a much better job of clarifying that and I don’t think he should treat it lightly because people in Alabama will not treat it lightly.”

@Jeff_Poor is a graduate of Auburn University, the editor of Breitbart TV and host of “The Jeff Poor Show” from 2-5 p.m. on WVNN in Huntsville.