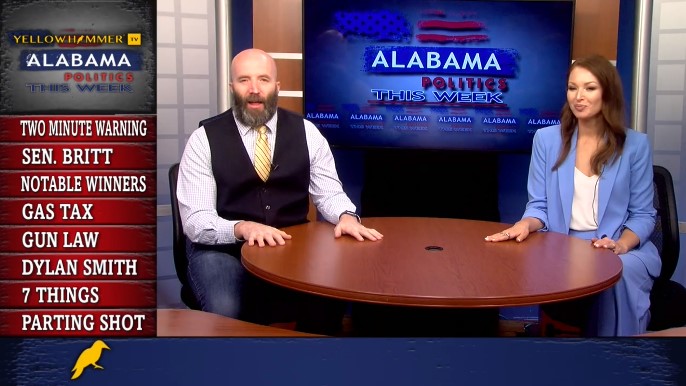 — How did Katie Britt blow out U.S. Representative Mo Brooks (R-Huntsville) by so much in the Republican U.S. Senate primary?

— Were there any shockers in the down-ballot races, and do we still need runoff elections?

— With U.S. Senator Joe Manchin (D-W. Va.) and governors like Alabama’s Kay Ivey pushing back on President Joe Biden’s gas tax proposal, does it have a chance?

Yellowhammer News’ Dylan Smith joins the show to discuss Election Day, Alabama gun laws, the gas tax and everything else happening in Alabama politics this week.

Jackson closes the show with a “Parting Shot” directed at those in Alabama who fail to realize that school choice is a major issue in the wake of the Supreme Court ruling that Maine’s voucher program must include religious schools.