Bobbie Knight is a 2020 Woman of Impact 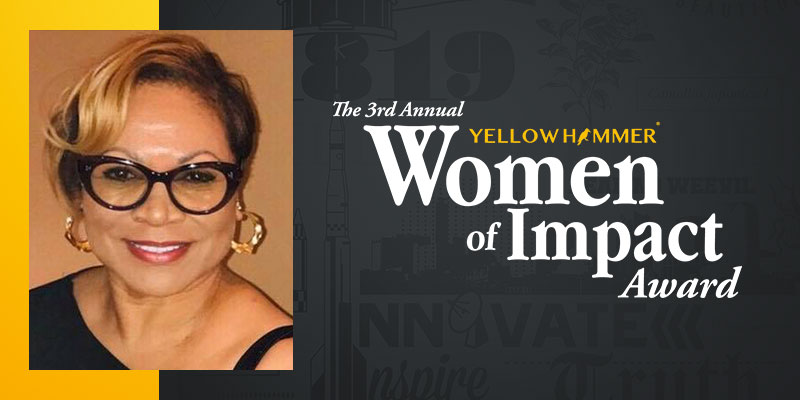 While technically retired from her professional career, Bobbie Knight has eagerly accepted a new challenge of securing success for students as the first female president of Miles College.

She earned a B.S. from the University of Alabama and a Juris Doctorate from Birmingham School of Law prior to her storied career as a businesswoman and newfound service in higher education leadership.

At one stage of her professional development, Knight was selected as one of only 21 women worldwide for the acclaimed Leadership Foundation Fellows Program of the International Women’s Forum. The program provided her the opportunity to study at Harvard University and the Judge School of Business at the University of Cambridge.

Knight serves as a role model to anyone pursuing a life of leadership and public service, but especially to the students at Miles College who she describes as her “why.”

She shared with Yellowhammer News in a recent interview that she didn’t realize that she would fall in love with her students, but she quickly did. Knight encourages her students to text her and reach out on social media, actively engaging and responding to them while making them feel a connection and relationship with their president. Knight feels she is in a position to be a mother figure or even grandmother figure for some of her students that don’t have the privilege of that type of relationship at home.

Knight attributes her experience in executive-level positions — like vice president of the Birmingham Division, vice president of Public Relations and general manager of Supply Chain for Alabama Power — along with her love for her students as the source of her impressive success thus far leading Miles College.

Her position on the board at Miles College afforded Knight the opportunity to have prior knowledge of the issues facing the school before being appointed as interim (and now permanent) president, such as steadily declining enrollment. In an effort to reverse that trend, Knight leaned on her experience from the private sector to treat students as customers. She made it a top priority to attract more students to her school and also be more proactive in intentional efforts to retain existing students. Knight says her background in business proved to her that “numbers don’t lie,” and under her leadership, Miles College has already seen an increase in enrollment.

Knight’s priority is showing others that Miles College is a worthwhile investment for those that want to have an impact on future generations. Since Knight launched a historic $100 million fundraising campaign, the college has received a $1 million donation from basketball legend Charles Barkley and a $50,000 contribution from NFL quarterback Jameis Winston, exemplifying the type of high-level attention the fundraising campaign continues to garner.

In an effort to put the interests of students first, Knight has surrounded herself with the team required for Miles College to grow in both size and stature, including hiring a provost, a position the school had never had before. Knight’s team — and Knight herself — work passionately to get others to believe in the school and their mission of preparing students for future success.

Knight told Yellowhammer News that her philosophy has been to recognize what her strengths and weaknesses are and to surround herself with smart, talented people.

When asked about giving advice to women in the early stages of their career, Knight encouraged them to do something they are passionate about.

“If you have a passion, you are going to be bold. You are going to step out there. You aren’t going to care if people get offended and say you’re pushy,” Knight said. “There is nothing wrong with being pushy – I’ve got something I want to push.”

Yellowhammer News is proud to name Bobbie Knight a 2020 Woman of Impact.

Editor’s note: Yellowhammer Multimedia recently announced the third annual Women of Impact Awards. Honorees are being featured on Yellowhammer News each weekday beginning September 7. We will tell their stories one-by-one, utilizing written and video formats. Check back daily for more of Alabama’s best and brightest.

Lenze Morris, a native of Southeast Alabama, is a special contributing writer to Yellowhammer News for the 2020 Women of Impact series