Biden’s stumbles are obvious, Alabama schools have some serious issues, and more on Alabama Politics This Week … 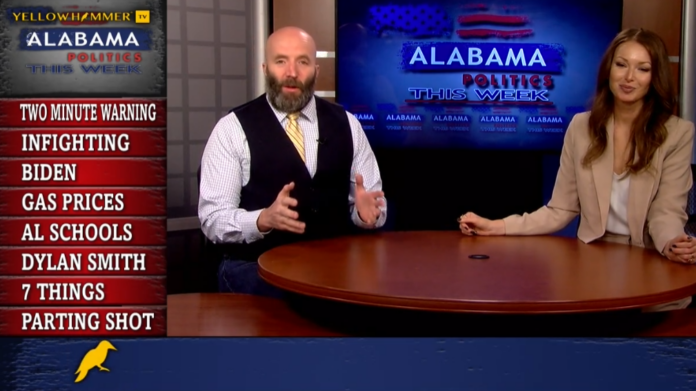 Yellowhammer editor Dylan Smith joins the show to discuss claims of transgender medical services for minors, where Alabama Republicans see themselves after the next election and everything else happening in Alabama politics this week.

Dale closes the show with a “Parting Shot” at the whining coming from the national media about the fear they have of an onslaught of Republican-led investigations.

Dale Jackson is a contributing writer to Yellowhammer News and hosts a talk show from 5-9 a.m. weekdays on WVNN and on Talk 99.5 from 10 a.m. to noon.