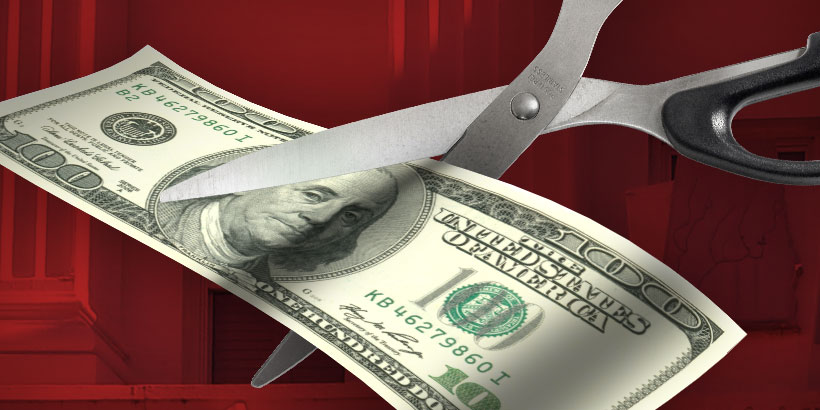 The special session called by Governor Bentley to address the short-term budget gap looks like it will end in a deadlock, ensuring another special legislative session.

While many state leaders insist that there is nothing left to cut in the Alabama budget, the growth in the size of state government—especially in areas that do not follow principles of limited government—reflects a spending problem, not a revenue problem. To address the budget shortfall, state leaders should turn over to private businesses those services that can successfully be provided by the private sector.

There is a lot more at stake in the recent budget debates than most Alabamians realize. Ultimately, they reflect what Thomas Sowell refers to as “a conflict of visions” regarding fundamental principles. In Alabama and across the nation, we generally see two competing visions with drastically different effects on our economic future. One vision, the path of big government, often leads to economic stagnation. The other vision, embracing limited government, fosters economic growth and prosperity.

People holding the big-government vision, despite federal, state, and local spending already approaching 1/3 of GDP, say that even more government spending—and the taxation necessary to support it—is both desirable and necessary. In this vision, there is simply no government spending to cut.

In contrast, people with a limited-government vision understand that citizens create more value for one another when they make their own decisions with their money. They say that bloated government spending is precisely what is stifling economic growth. They see that private-sector workers ultimately pay for the public sector. The private economy is stifled as the public sector grows. And taxes actually tend to reduce government revenue in the long-term by discouraging economic activity and slowing down economic growth.

In this second vision, reining in the government’s out-of-control spending through reforms and privatization is considered necessary to avoid raising taxes and to unleash the private sector.

Is there hope for the pro-growth, limited-government vision in Alabama? Let’s examine the evidence.

There is good evidence that the big-government vision expresses reality in Alabama today. Americans for Tax Reform recently released a study finding that Alabama, even after adjusting for inflation and population, has overspent by 21% since 1999. This isn’t surprising; Alabama’s economy, compared to the rest of the nation, is straining under the costs of both high public employment and high public-employee compensation.

One of the reasons Alabama is one of only two states with both high public employment and high public sector compensation is that its state and local governments provide services that can, and should, be provided by the private sector.

This reality is what offers hope for the pro-growth vision. Turning over these services to the private sector, known as privatization, could solve the budget gap while increasing the quality of service for Alabamians.

Privatization can occur through either outright sale or competitive contract. Private companies, competing in the free market, have far more incentives to reduce costs, innovate, and improve the quality of services than government agencies have. In an academic review of the evidence on privatization, Harvard economist Andrei Shleifer concludes that we rarely find out that government provision was more efficient than the privatized service.

There are plenty of services currently being provided by state and local governments in Alabama that easily could be privatized, leading to both savings and better quality. Areas ripe for privatization in Alabama include golf courses, parks, state employee pensions, ABC liquor stores, accounting and auditing services, rest stops and visitor centers, convention center management, and auxiliary (non-educational) school services.

Many of these services are provided effectively by the private sector in states across the nation. These states have already privatized such services in order to reduce the size and cost of their state governments. For instance, Georgia contracted out the management of five state parks with luxury lodges and golf courses in 2013. This strategy that has been successful in several other states as well, including Arizona and New Mexico.

In some cases, such as liquor stores, accounting services, and golf courses, the private sector in Alabama has already proven that it can provide these services effectively without burdening taxpayers.

The privatization option shows that Alabamians shouldn’t be duped by the demonstrably false narrative that there is nothing left to cut from the budget. Alabama has a spending problem, not a revenue problem. Rather than compromising our economic future by embracing the vision of big government, state leaders should take a serious look at the benefits of unleashing private businesses.

Daniel J. Smith is an associate professor of economics at the Johnson Center at Troy University. Follow him on Twitter: @smithdanj1