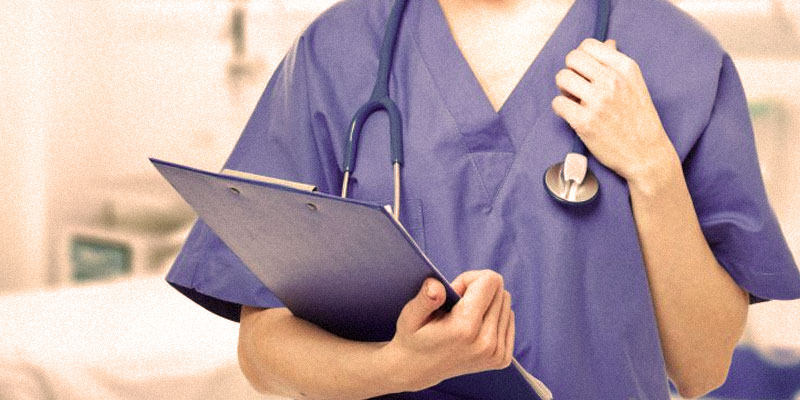 Some fool called her, “trash.” And that’s when she made up her mind. She wanted to better herself, and her family. So, that’s what she did.

“That GED test,” she said, while she checked my blood pressure. “That ain’t no joke, now. It’s tough.”

Her accent is so Alabamian it hurts. She’s missing a few teeth, but it doesn’t look bad on her. She’s old, wiry, but strong.

Where she grew up, country folks didn’t go past the eighth grade—still don’t. And according to her daddy, “Once a young’un can read, it’s time to work.”

Saying this made her laugh.

All six of her brothers dropped out, so did she. She met a man who worked in a lumber mill, they had two children before she was twenty. She’s still with him. She calls him Beater. I don’t know why.

When she was twenty-four, Beater suggested she apply for a job at the hospital. She thought this was ridiculous. Hospitals didn’t hire poor white trash.

For six years, she attended night classes. Beater took over cooking, and putting kids to bed.

“He believed in me,” she said. “He’d always say, ‘Wish I could do what you’re doing, but I’m too stupid.’ But he ain’t dumb, he paid for every bit of my school.”

If only there were more Beaters in the world.

She got her GED. Then, she zipped through college, clinicals, and even taught a little.

“Been a nurse since the seventies,” she said. “I work ER shifts too. Shoulda retired long ago. Shoot, my kids’re grown.”

Beater is pushing for retirement. He even bought an RV. He wants to visit the Everglades, the Grand Canyon, and above all, Las Vegas. She’s not ready.

“Ain’t about money,” she said. “I like to help people. If I didn’t, I reckon I’d die. Just last week, little girl came in the ER, they amputated her foot. I needed to be there for that. Just how I am.”

Life is funny. She went to school to better her life. Instead she betters everyone else’s. And all she asks, is that you don’t use her name when you write about her.

“He won’t care,” she said. “But, maybe you can write in there how I used to think I was trash, but now I ain’t. Might help someone.”