If there are three things that Alabamians take pride in most, it is their faith, their family, and their food. Not all food, however, is prepared at home.

In a shocking study from DataFiniti, it was revealed that Alabama is the state with the most fast food restaurants per capita. 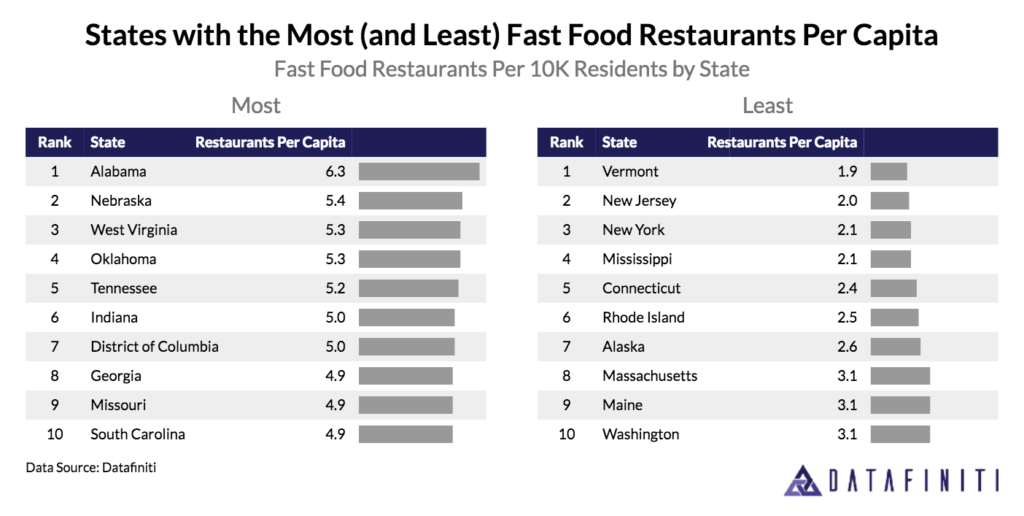 With Alabama leading in the number of fast food restaurants per capita, I am curious if there is any correlation with obesity rankings. Face it, fast food is not the healthiest choice and if it becomes an addiction or habit, it can be dangerous to your personal health.

In this stateofobesity.org finding, Alabama ranked number 3 out of 51 states in 2016 for having the highest adult obesity rate in the nation. In 2016, the obesity ranking sat at 35.7 percent. That is more than a five percent jump from 10 years prior in 2006 when the adult obesity percentage was positioned at 29.4.

Alabama rankings for obesity-related health issues and other obesity percentages for different age groups, including children, can be found here.

It is an interesting find, to say the least. It also leads into question the correlation between obesity and the number of fast food restaurants in Alabama.

What do you think?

Do you know of an interesting or newsworthy story that you think should be told? Let’s talk.