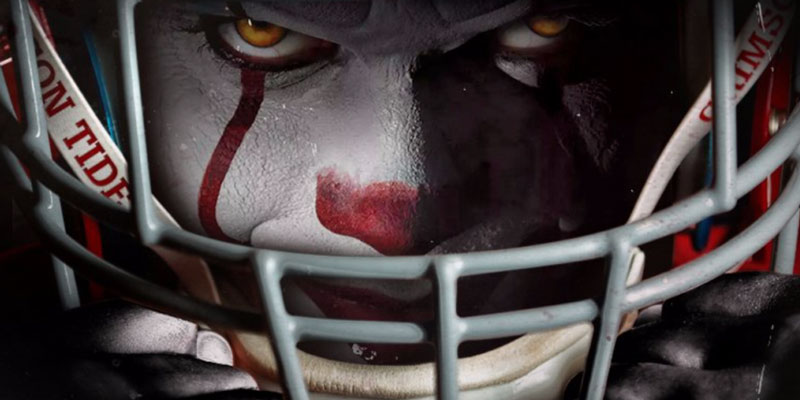 If you follow Alabama Football’s Twitter feed then you might have noticed a slight change in their cover photo. It’s not a red elephant or a Heisman Trophy-winning running back – its Pennywise the Clown from Steven Kings mega-hit “It”.

Besides changing the photo, the Twitter account gives no explanation of what the image is supposed to mean. Is it just a funny joke for Halloween, or does it have something to do with the upcoming game against LSU? A recent interview of LSU players revealed that the Bengal Tigers don’t fear the Tide (at least publicly). When asked about facing Alabama, players from the LSU locker room said: “we’re bigger, stronger, and it’s time to beat them up.”

Maybe Alabama is sending a message to LSU or maybe it’s just in the spirit of Halloween. It would be interesting to see if there’s a reporter out there that brave enough to ask Saban.