Alabama Mayor Asks His Community To Rally Around Veterans

As reported by WHNT News, Huntsville Mayor Tommy Battle announced a new citywide initiative called the Show Your #RedWhiteBlueHsv. In a Twitter post on Money, Mayor Battle asked that residents honor current and former military members by wearing red, white, and blue, or by flying the American flag from November 2nd-12th. 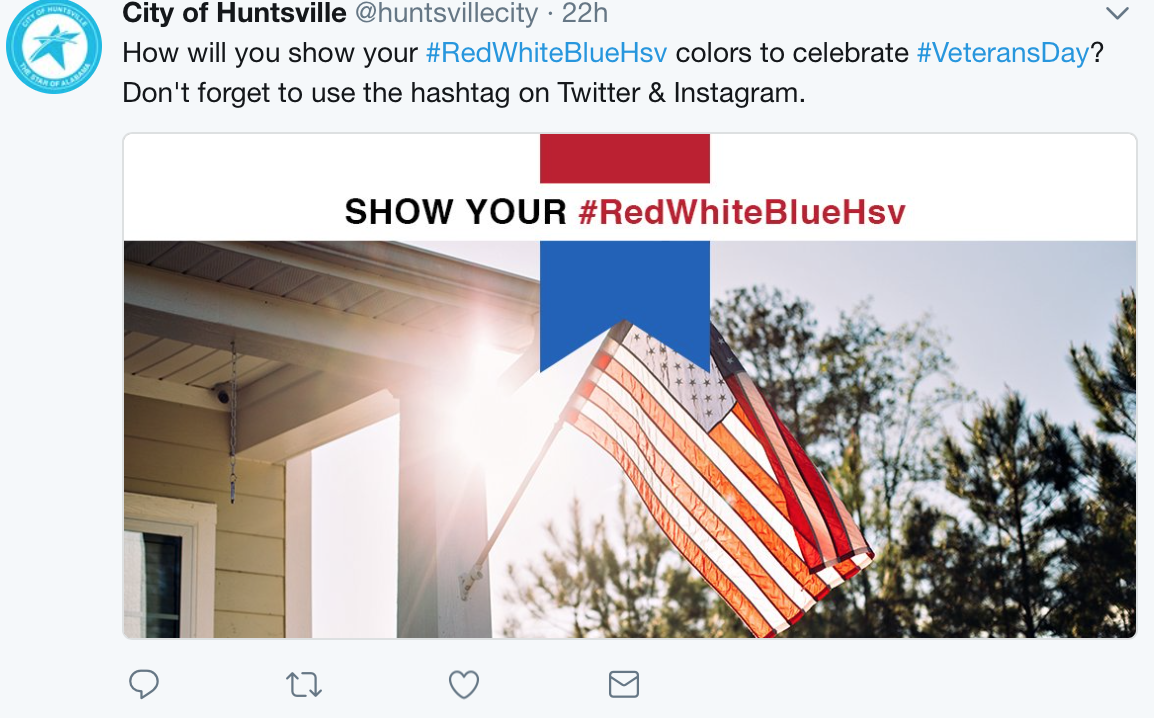 The patriotic push is part of Veterans Day, which is just around the corner. The city asks that you share your photos on social media by using the hashtag #RedWhiteBlueHsv.