7 Things: Trump pounds away on AG Sessions, “Media bias” is PART of the Roseanne story, Troy King’s abuse of power as AG, and more 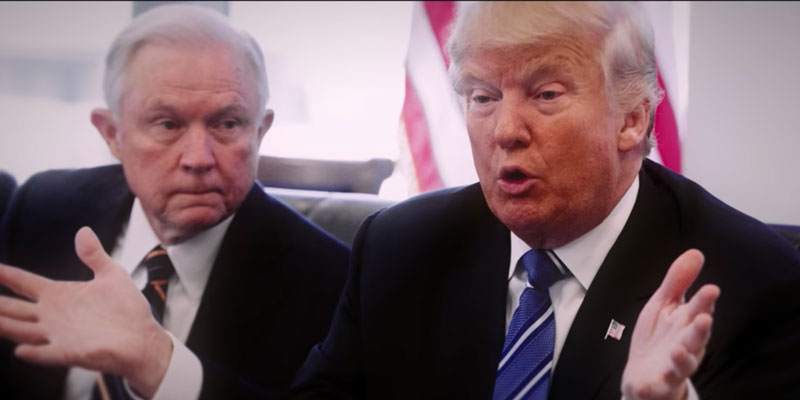 — Even though Sessions was the first senator to support Trump, the president cannot stop blaming him for his problems after he recused himself from the Russia problems.

— Even though Sessions is clearly the MVP of the Trump administration, Trump is now telling people Sessions is gone after the Mueller report comes out.

— While the media switches gears from “Why didn’t Trump mention Roseanne?” to “Why is Trump mentioning Roseanne?”, he makes the obvious point that media bias is out of control.

— Trump’s press secretary spelled it all out by referencing things done by liberal commentators that would have cost conservatives their jobs, invoking Keith Olbermann, Jemele Hill, Joy Behar and Kathy Griffin.

3. Candidate for Attorney General Troy King attempted to use his power to intimidate a member of the media (me)

— In 2008-2009, when Troy King was the Alabama attorney general, he decided he would use his position to silence me when I asked him tough questions and criticized him.

— All combined I was looking at a potential 33-year sentence when he tried to lock me up for a joke. He lost.

4. Gov. Kay Ivey pretends to come around on allowing teachers to carry; it’s not a real move

— Ivey’s own Alabama Sentry Program allows school systems to train and appoint individuals to schools that do not have School Resource Officers.

— The plan is ridiculous, as it requires the firearm to be in a locked safe. It’s truly political and nothing more.

— Allegations that Brooks was a “Never-Trumper” plagued him in the Alabama Senate race and in this election, they are effectively muted.

— Trump referred to Brooks as a “fighter” and said, “He fought by my side to secure our border, rebuild our military, cut your taxes, repeal ObamaCare, and build the wall!”

6. President Barack Obama had two times the children in shelters compared to Trump

— The media started the week agonizing over Trump’s terrible immigration policies that result in a ton of images and stories that were from Obama’s term.

— While Trump’s DHS has almost 11,000 illegal kids in detention facilities after a “zero tolerance” plan was implemented, Obama had 25,000 in custody at one point in 2013.

— After a disastrous period in her life where she tweeted a racist comment, lost her TV show, and lost her talent agent, she topped it off by blaming Ambien for the tweet.

— The Ambien producers weren’t having any of this, saying:”While all pharmaceutical treatments have side effects, racism is not a known side effect of any Sanofi medication.”