Now that the President has secured reelection, it’s time to take a look at what this means for the folks here in Alabama. Counting down from 5 to 1, here are some notable things to watch for in Obama’s second term.

Are there other things to look out for? Let us know in the comments.

5. Republicans in Alabama’s Congressional Delegation matter more than ever 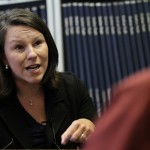 The GOP-controlled U.S. House will continue playing its role as a buffer between the American people and the President’s far-left agenda. Martha Roby (AL-02) is seen by many insiders as a rising player in Party leadership and Mike Rogers (AL-03) is possibly on the verge of landing an important Committee Chairmanship. Both will likely play in increased role in House operations.

Mo Brooks (AL-05) and others in the more conservative GOP circles will have their hands full trying to keep their foot on the brakes while the media constantly berates the House GOP for not making more concessions.

@yhpolitics stalemate, anyone who thinks the gop congress is just gonna let barry walk over them is crazy

4. Coal Jobs in Alabama are in danger, and energy prices will rise

When President Obama said (see video below), “Under my plan…electricity rates would necessarily skyrocket,” I took him at his word. Now that he no longer has to worry about reelection, he can turn loose his EPA to wreak havoc on our economy on behalf of radical environmentalists.

No sector of the economy attracts liberal ire quite like the coal industry which employs over 5,000 Alabamians. I’d be nervous if I were one of them.

3. The State Legislature must live up to its promise to be “last line of defense.”


House Speaker Mike Hubbard released a strong statement shortly after the President secured reelection that signaled his intent to dig in his heels against the coming onslaught from the feds. “My fellow Republican lawmakers and I are ready to stand in the breach and defend our rights and Alabama values from the attacks that Obama will continue to launch in our direction,” Hubbard said.

The legislature will be under a microscope as they work to make good on their promise to not back down. 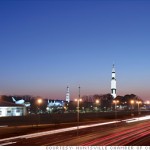 Alabama’s economy is significantly affected by defense spending, most notably in the Huntsville area where the President’s strategy for the Department of Defense could be particularly impactful.

Congress has until January 2 to reach a deficit reduction agreement to avoid $500 billion in cuts over the next decade to the Department of Defense. That’s on top of the $487 billion cut already laid out under the Obama administration’s defense strategy. Yikes.

@yhpolitics Makes it tough for Huntsville, which relies on defense & space spending.

1. Obamacare is coming, but how?

President Obama’s reelection means one thing more than any other: Obamacare is here to stay. It is now decision time for states all over the country as they wrestle with how to implement federally mandated healthcare exchanges on the state level.

There are probably only two real options. The state can set up an Obamacare-compliant exchange, or refuse to set up the exchange and the feds will come in and do it themselves. Folks on both sides of S. Union Street are currently researching the exact ramifications of both options. States have to make a decision on setting up exchanges by Nov. 16 and the exchanges must be operational by January 2014.

Medicaid is also a huge issue. Lawmakers appear to be torn over whether or not to expand Medicaid, which currently accounts for about 36% (Over $600 million) of Alabama’s general fund budget. Governor Bentley’s Press Secretary told TimesDaily.com that “while the federal government is handling coverage costs in the short term, the federal government is not covering all of the administrative and IT costs associated with an expansion. Over time, the increased costs to states could be dramatic. We are carefully evaluating the issues and will make fully informed decisions based on what is best for Alabama.”

Alabamians are probably going to end up with Obamacare whether we like it or not, how we get there remains to be seen.

@yhpolitics On a more serious note, Alabama “leaders” are going to have to decide about state health care exchange.