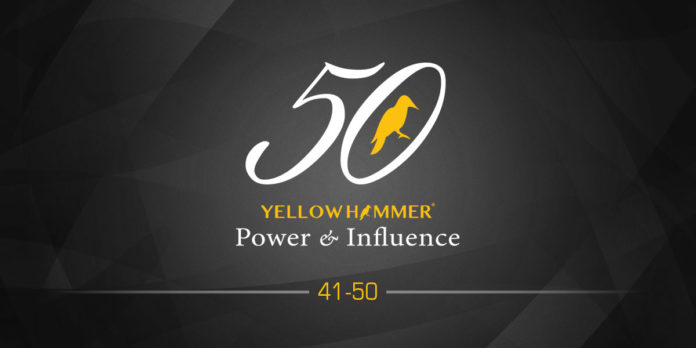 Yellowhammer Multimedia, once again, is publishing its list of Alabama’s most powerful and influential political leaders.

Taking into account conversations with political insiders, as well as the most recent developments in politics and public policy, the list is meant to recognize the top individuals in government and politics who leverage their power and influence on behalf of those they represent and the Yellowhammer State.

The ranked list is being released in five segments, with 41-50 coming first and 1-10 finishing the week out.

Welcome to a peek behind the curtain. 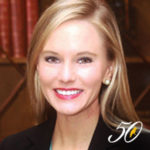 Distinguishing oneself at an elite lobbying shop can be one of the most difficult challenges facing a young lobbyist. Now several years into her tenure at Fine Geddie & Associates, that’s exactly what Mary Margaret Carroll has done.

Named a Woman of Impact by Yellowhammer in 2019, Carroll has been a leader among her peers throughout her career. Recognizing Carroll’s accomplishments at the time, Yellowhammer wrote that she has used “her intellect, character, demeanor and work ethic to become a star at one of the state’s premier lobbying shops.”

As a stalwart lobbyist in Alabama, Carroll has charted a course for success for many years. 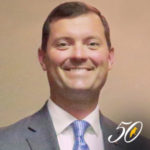 What we said in 2021: There is no question he will be at the forefront of many legislative fights in the future. All Cole needs is a white board and a phone and he will relentlessly pursue votes on behalf of his group.

As top lobbyist for Alabama’s largest business organization, David Cole has the watchdog role for issues affecting just about anyone in the state who signs the front of a paycheck. And that’s not an easy thing to do.

Representing businesses that run the gamut from mom-and-pop shops to the state’s largest employers keeps Cole moving whenever the legislature is in town or when the wheels of state government are turning. He has proven up to the task every step of the way. 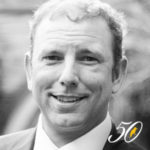 Philip Bryan is a prototypical hired-gun lobbyist. With a quick wit and an even quicker mind, he can handle any issue for clients much less familiar with the Yellowhammer State’s legislative process.

Prior to becoming a contract lobbyist, Bryan acquired eight years of invaluable experience as chief of staff to the president pro tem of the Alabama Senate. That exposure to the inner workings of state government has allowed him to transition seamlessly into the lobbying world.

Everything about lobbying is in Bryan’s wheelhouse. The politics, the people and the issues all come naturally to him. Expect him to thrive as a top statehouse lobbyist well into the future. 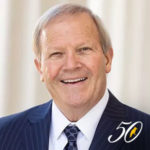 One of the rarely noticed circumstances in state government is how difficult it is for former members of the legislature to become effective lobbyists. No one doubts their knowledge of the process or the relationships which likely exist among their colleagues.

However, there is a big difference between being pursued and being the pursuer. That’s a tough change for some members who quickly grow accustomed to people coming to them all the time.

Blaine Galliher has clearly been an outlier. As a former chairman of the Rules Committee in the House of Representatives, he has a keen understanding of everything that goes into passing or killing legislation. As a partner in Windom Galliher & Associates, he has been able to follow one of the best in the business in the private sector.

The result has been sustained success for Galliher. 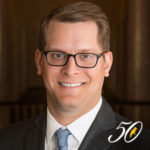 It should not be a surprise that a close, trusted advisor to one of Alabama’s most powerful and influential elected officials lands on this list. Look closely at Lt. Governor Will Ainsworth’s ascent, and you can’t help but notice the role Jess Skaggs has played over the last four years.

Skaggs is always at Ainsworth’s side. He provides valuable counsel including on legislative issues, messaging, the political environment and the overall direction of the office.

There is no set formula for what gets people on this list. Yet, it’s hard to ignore the fact that Skaggs has the right mix of background in campaign politics and state government experience. His service as deputy commissioner at the Department of Agriculture and Industries carries an important familiarity essential to his boss’s political standing.

Sharp, likable and ambitious, Skaggs will continue his climb up this list. 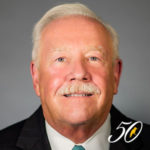 It is evident that you occupy a special place in Alabama politics when the heaviest of hitters in the state call on you time and again to fill a need.

Robin Stone brings the steady hand of a veteran lobbyist and decision-maker to his current position as interim executive director at the Business Council of Alabama. Whether it was leading the legislative effort for an Alabama governor or Blue Cross Blue Shield of Alabama, Stone has gained the trust of people who need to stay involved in the process of state government.

When Alabama’s largest employers needed someone to assist in the most aggressive state-level fundraising effort in recent history, they called Stone. When the state’s largest business organization needed to quickly fill its top spot after seeing Katie Britt launch a campaign for the U.S. Senate, they called Stone.

In the midst of an election year, Stone is right in the middle of the action in Alabama politics. 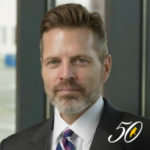 Running point for a company that has only in recent years begun doing business in Alabama can be a bit tricky.

However, Kyle Rogers has handled his responsibilities for Spire deftly. As vice president for external affairs, he is charged with representing the national energy provider in front of state and local governments.

Rogers has quickly become known as someone accessible to the state’s most powerful players and someone not afraid to take on the big projects which get dreamed up in state government or in local communities.

State elected officials have noted to Yellowhammer News that Rogers’ approach and work ethic have set him apart as someone they can count on as a partner in growing Alabama.

After making such a strong impression among other power players in such a short time, expect Rogers to continue elevating his status in the state. 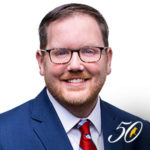 Jason Isbell wears a lot of hats in his role at the Birmingham-based banking behemoth. As senior vice president of state government affairs and economic development at Regions, Isbell is tasked with overseeing the bank’s interactions with state government in every state in its footprint.

The Pike Road resident’s career provides a precise road map for anyone aspiring to appear on this list. Starting with a stint in the Legislative Fiscal Office upon his graduation from Faulkner’s Jones School of Law, Isbell has accumulated the relationships and political and policy experience which translates to power and influence. He has worked for a speaker of the House, the Alabama Bankers Association and a silk-stocking law firm.

Isbell occupies a position on some of the state’s most influential boards and committees, and he is an essential phone call for those seeking public office in Alabama.

Isbell’s tour of duty on Yellowhammer’s power and influence list is far from over. 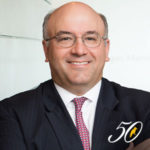 What we said in 2021: The question is not “what does Greg Butrus know about legislation, ethics opinions and campaign finance laws?” Instead, the question usually asked by Alabama political insiders is “what doesn’t he know?”

Alabama political lore says that Greg Butrus operates in a war room from which he can monitor, in real time, every piece of legislation, judicial opinion, executive order, committee report, commission finding and agency rule. Think of the Situation Room at the White House except with more screens and buttons.

We’re hesitant to track him down during a typical workday lest we find out that is not actually the case.

What we do know to be true, though, is that Butrus brings to bear an uncanny knowledge of the state government machine on behalf of his clients. He has an especially keen understanding of the things which matter most to clients in the political arena, such as campaign finance laws and ethics opinions. 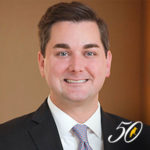 Derek Trotter is one of state government’s most savvy operators. As chief of staff to president pro tem of the Alabama Senate, Greg Reed, Trotter’s task in keeping the upper chamber moving along is never ending.

Representing the Senate leader’s interests while maintaining an awareness of the needs of 34 other powerful senators can be daunting. Yet, Trotter has received high marks every step of the way.

Trotter has worked in the private sector, the governor’s office and on a statewide campaign. All of these entries on his resume have helped him develop an understanding of what makes people tick and what motivates them in their representation of their constituents.

The job description for chief of staff in the senate is part mediator, part operator and part bad cop. Trotter handles every part of the job skillfully while maintaining just the right amount of power and influence along the way.

Yellowhammer will host a reception to honor the Power & Influence 50 on May 12th at 6pm in Montgomery.  Email Courtney@yellowhammernews.com for details.