11-year-old Alabamian shoots home intruder, mocks him for ‘crying like a little baby’ 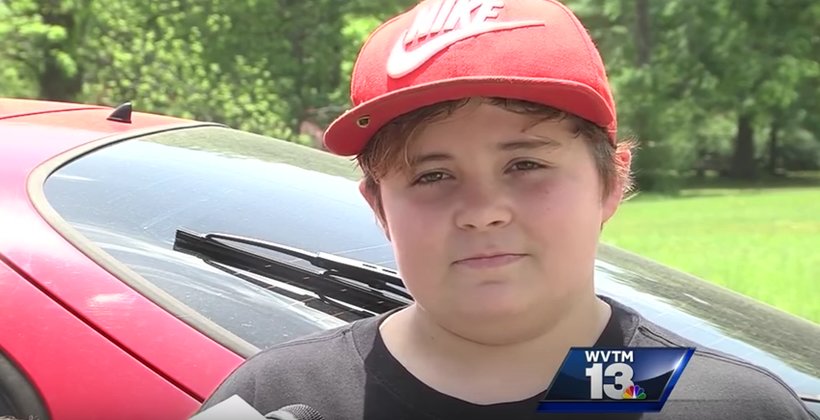 TALLADEGA, Ala. — A Navy SEAL saying made famous in the recent Lone Survivor film goes something like this:

Well, it only took a 9mm round to the leg to reduce one would-be burglar to tears, according to the 11-year-old Alabama boy who pulled the trigger.

Chris Gaither was home alone last week when he heard a noise and realized a man was breaking into his house.

“When he was coming down the stairs, that’s when he told me he was going to kill me, F-you and all that,” Gaither recalls.

The young boy grabbed a 9mm handgun and “told him I was going to kill him and all that, if he didn’t get out of my house.”

The intruder apparently did not take him very seriously, because he continued pillaging the house, ultimately making for the door with a basket full of goods. That’s when Gaither started firing. On the twelfth and final shot the burglar dropped to the ground in agony after catching a bullet in the leg.

“It was a full metal jacket bullet and it went straight through the bag and hit him in his leg,” Gaither said proudly. “And he started crying like a little baby. When I pulled the gun out on him I guess he didn’t think it was a real gun because he didn’t worry about it, he just kept on walking.”

When asked how he became such a crack shot, Gaither calmly explained that he and his step dad “play zombies for target practice.”

Gaither’s mom says they believe the man who broke into the house — who at this point has not been identified by police — has done it before.

“I hope you learned your lesson for trying to come to this house and steal stuff,” Gaither concluded.