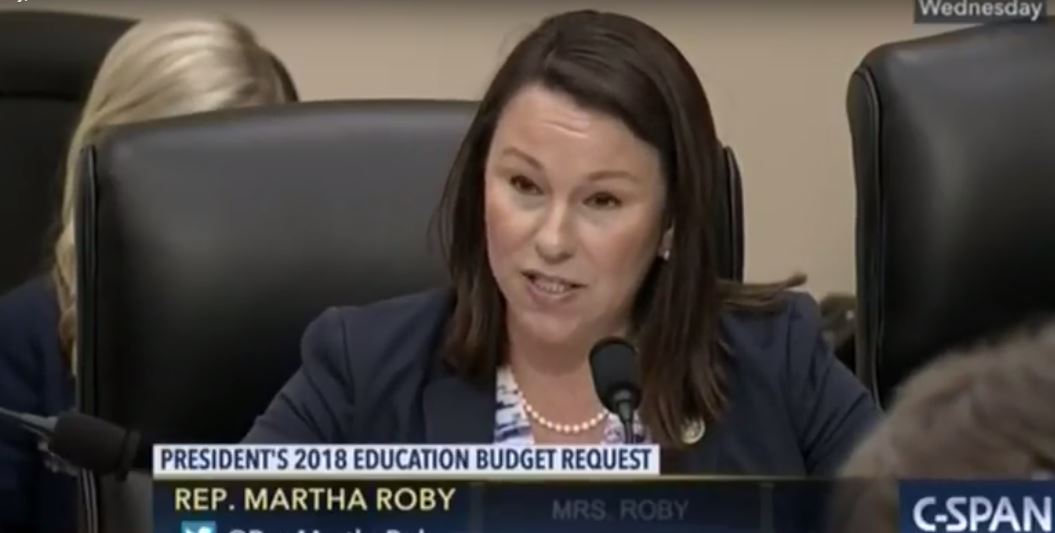 Common Core, an Obama-era education initiative that has concerned Alabamians for years, is losing its grip on Capitol Hill.

During an exchange with Alabama Congresswoman Martha Roby, U.S. Secretary of Education Betsy DeVos has pledged that her agency will refuse to unlawfully coerce states into adopting any curriculum, including Common Core standards.

The commitment was affirmed on Wednesday during a meeting of the House Appropriations Committee. Rep. Roby asked DeVos to acknowledge that the law forbids any use of pressure that could influence curriculum decisions.

“You can count me among those who believe that my state, Alabama, and all states should set high standards that challenge students and build critical thinking skills,” Roby said. “However, the intrusion of the federal government in that process – directly or indirectly – is inappropriate, and it invariably comes with a political agenda from Washington. This has bred a lot of confusion and mistrust, and in many states it has led to a volatile policy environment, so Secretary DeVos, I appreciate your commitment and your forthrightness on this issue.”

DeVos agreed on the need to encourage education excellence and competition among states, but reassured Rep. Roby that the Education Department’s approach to doing sowould follow the letter of the law.

“I would love to see a competition between all the states to outdo one another on how high they set their standards and how high they shoot. We should be shooting for excellence across the board, but in no way should it be a top-down, one-size-fits-all solution from the federal government.”

Roby’s opposition to coercing states into Common Core isn’t new. In 2013, she introduced the Defending State Authority Over Education Act, which aimed to completely remove the Department of Education’s ability to pressure states to adopt federal-level education policies by tying them to grants and waivers. This measure was ultimately signed into law when it was included in 2015 Every Student Succeeds Act (ESSA).

Below is Rep. Rexchangecahnge with DeVos: