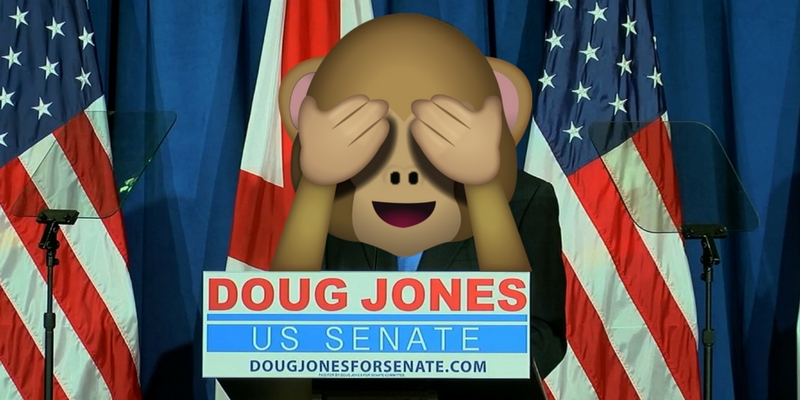 (Opinion) Today the U.S. Senate will vote on a bill to ban abortion after 20 weeks of pregnancy, the point when evidence shows an unborn child can feel pain from the procedure.

When the bill, known as the Pain-Capable Unborn Child Protection Act, passed the House last fall, then-candidate Doug Jones said that he would oppose the measure.

(I wrote about that over the weekend here and here.)

Pro-choice arguments have long relied on the unobserved nature of an unborn child’s development. “It’s just a lump of cells,” they say. But look at this video of an MRI taken during the 20th week of a pregnancy … the time from which today’s bill is trying to stop abortions from happening.

That’s not a lump of cells.

That’s not some unrecognizable, unformed … unperson.

That’s a human being. A person, someone who’s entitled to the same rights we all enjoy, and someone who is certainly capable of feeling the severe pain of an abortion doctor’s needles and clamps and scalpels.

If Sen. Jones would watch this video – and he probably won’t – there’s no way he could in good conscience vote ‘no’ on today’s bill.

The video was posted on the YouTube page of the Society for the Protection of Unborn Children, a pro-life advocacy organization in the United Kingdom.

And for those who still will not see, and believe this isn’t what an unborn child looks like during the 20th week after conception, please visit this entry on Babycenter.com showing all the amazing things that are happening to a child during that time.

Or do your own research. Maybe, unlike those who’ll vote against this bill today, your eyes will be opened.

(J. Pepper Bryars is the editor of Yellowhammer News and the author of “American Warfighter.”)