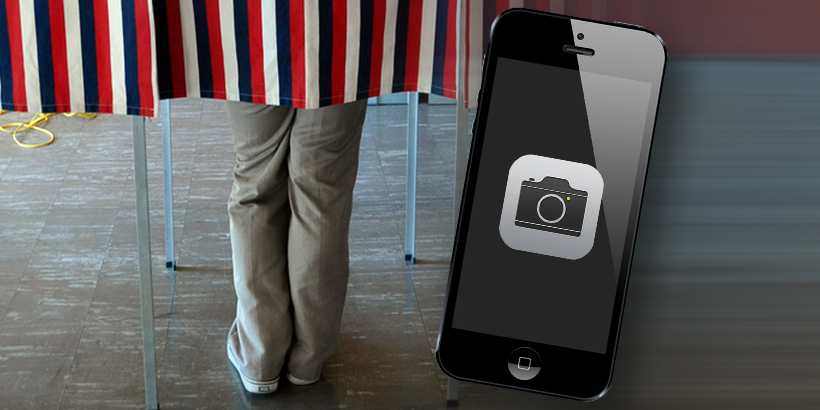 The selfie craze has infiltrated every area of life these days; even the realm of politics. Hillary Clinton and Donald Trump have taken selfies with their millennial supporters, many of whom will vote for the first time in 2016.

But when people step into the voting booth in Alabama on Nov. 8, they must leave the desire to take a behind…or else.

While voting selfies are expressly legal in 21 states and the District of Columbia, they are banned in Alabama. According to the legal researchers at Vox, absolutely no photos of ballots are allowed; voters have “a right to cast a ballot in secrecy and in private.”

In 13 other states, the practice of taking a voting booth selfie is considered “legally questionable.”

Voting selfie bans in New Hampshire and Indiana have been struck down by Federal judges for First Amendment reasons, and California and Rhode Island have since accordingly changed their regulations.

You can check out the full map of the states below.