VIDEO: Alabama Democrats get feisty — Ivey and Battle fight to be seen as job creators — Rep. Brooks says Republicans may be retiring out of fear of assassination … and more on Guerrilla Politics! 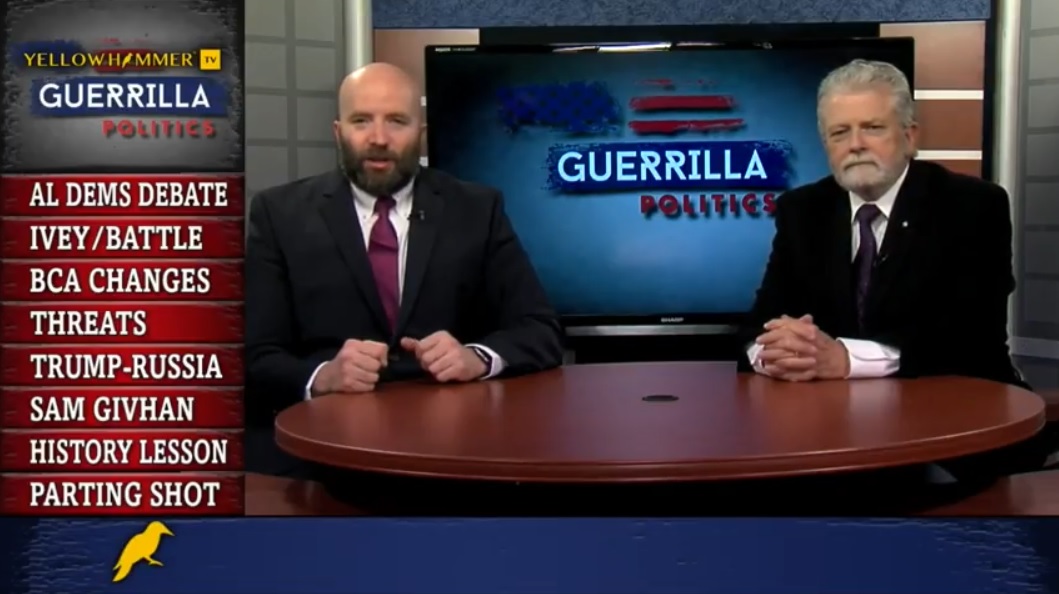 — What is going on with Alabama Democrats? Do they have new ideas? Why are they so feisty?

— Which candidate for Governor can claim the mantle of “job creator”? Gov. Kay Ivey or Mayor Tommy Battle?

— Are Republican Congressmen retiring under the pressure of assassination attempts after a murderer tried to kill them on a baseball field a year ago?

Candidate for State Senate Sam Givhan joins Jackson and Burke to discuss the his candidacy and the state of play in the Republican and Democrat Gubernatorial debate.

Jackson closes the show with a “Parting Shot” directed at both sides of the pointless Confederate monument debate.