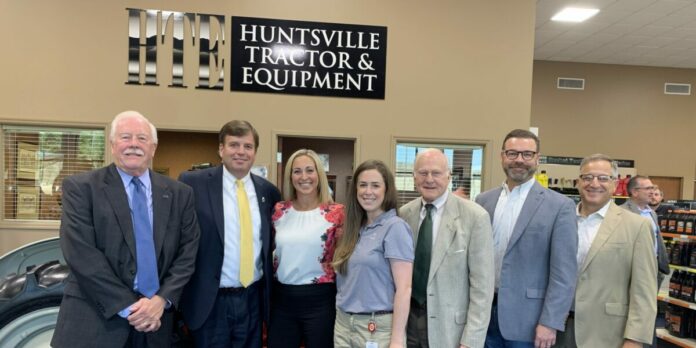 The U.S. Chamber of Commerce is the nation’s most prominent business advocacy organization and holds a membership consisting of small to large-scale businesses and chambers of commerce across the United States.

“The U.S. Chamber is proud to endorse Dale Strong for Congress. Dale is a proven leader who has brought jobs and companies to North Alabama including Toyota/Mazda, Blue Origin, Polaris, and Space Command,” said Hallmark in a release. “In Congress, Dale will lead the charge to fight for pro-business policies and against record inflation that hurts American businesses. He is a proven common-sense conservative that will work every day to improve his community and our nation.”

In a statement touting the endorsement, Strong outlined his intentions to enact conservative economic policies and support growth efforts throughout the Tennessee Valley as a member of Congress.

“It is an honor to receive the U.S. Chamber’s endorsement. We are seeing firsthand that record level inflation and the supply chain crisis are making it harder to feed our families,” said Strong. “I have worked closely with chambers of commerce across our area because we cannot be successful unless we work together as a region. In Congress, I want to be part of that team in Washington and part of a new Conservative majority that will stop harmful policies and enact meaningful change.”

The GOP nominee will face Democrat Kathy Warner-Stanton in the November 8 general election.