The four Alabamians nominated to serve on federal courts are as follows: 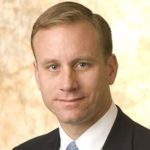 Jeffrey Beaverstock—nominated to serve as District Judge on the U.S. District Court for the Southern District of Alabama. Mr. Beaverstock is a partner in the Mobile, law office of Burr & Forman, LLP, where his practice focuses on civil and commercial litigation in State and Federal courts. Mr. Beaverstock was active duty in the U.S. Army for four years, serving as an Airborne Ranger Infantry Officer. Since leaving active duty, he’s  served in the U.S. Army Reserve, and is now a Lieutenant Colonel in the Judge Advocate General’s Corps of the U.S. Army (Reserve) and is the Chief of Contract and Administrative Law for the 377th Theater Sustainment Command. Mr. Beaverstock earned his B.A. from The Citadel in South Carolina, where he was selected as the Distinguished Military Graduate and as the Most Outstanding Army Cadet. He earned his J.D. from the University of Alabama School of Law, where he served as managing editor of the Alabama Law Review. 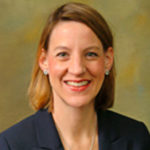 Emily Coody Marks—nominated to serve as a District Judge on the U.S. District Court for the Middle District of Alabama. Emily Marks is a partner in the Montgomery, Alabama, law office of Ball, Ball, Matthews & Novak, P.A., where she has practiced since 1998. She specializes in labor and employment law, civil rights law, and appellate law and she lectures on these topics before employers and other members of the bar. Mrs. Marks earned her B.A., magna cum laude, from Spring Hill College, and her J.D. from the University of Alabama School of Law, where she served as chair of the John A. Campbell Moot Court Board and as a senior editor of the University of Alabama Law & Psychology Review. 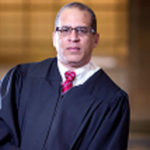 Terry F. Moorer—nominated to serve as a District Judge on the U.S. District Court for the Southern District of Alabama. Judge Terry F. Moorer currently serves as a Magistrate Judge on the U.S. District Court for the Middle District of Alabama, a post he’s held for ten years. Before his current judgeship, Judge Moorer served as an Assistant United States Attorney in the Middle District of Alabama, as a Command Judge Advocate in Camp Arifjan, Kuwait, and as an attorney in the Office of Staff Judge Advocate in Fort Rucker, Alabama. Judge Moorer earned his Associate of Arts from the Marion Military Institute, his B.A. from Huntington College, and his J.D. from the University of Alabama School of Law. 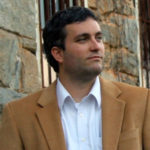 Brett Joseph Talley—nominated to serve as a District Judge on the U.S. District Court for the Middle District of Alabama. Brett Talley serves as Deputy Assistant Attorney General in the Department of Justice’s Office of Legal Policy. Before joining the Department of Justice, Mr. Talley served for two years as the Deputy Solicitor General in the Alabama Attorney General’s Office. Before joining the Alabama Attorney General’s Office, Mr. Talley served as a speechwriter for U.S. Senator Rob Portman and as a Senior Writer for Mitt Romney’s Presidential campaign. Mr. Talley worked as an associate in the prestigious Washington, D.C., law office of Gibson, Dunn & Crutcher. Early in his career, he was also a law clerk for Judge Joel F. Dubina on the U.S. Court of Appeals for the Eleventh Circuit, and for Judge L. Scott Coogler of the U.S. District Court for the Northern District of Alabama. Mr. Talley earned his B.A., in philosophy and history, summa cum laude, from the University of Alabama, where he was inducted into Phi Beta Kappa. He earned his J.D. from Harvard Law School, where he served as an articles editor of the Harvard Journal of Law and Public Policy.