The Ultimate Red Herring: Making Sense of the Hysteria Following Comey’s Removal from the FBI (opinion) 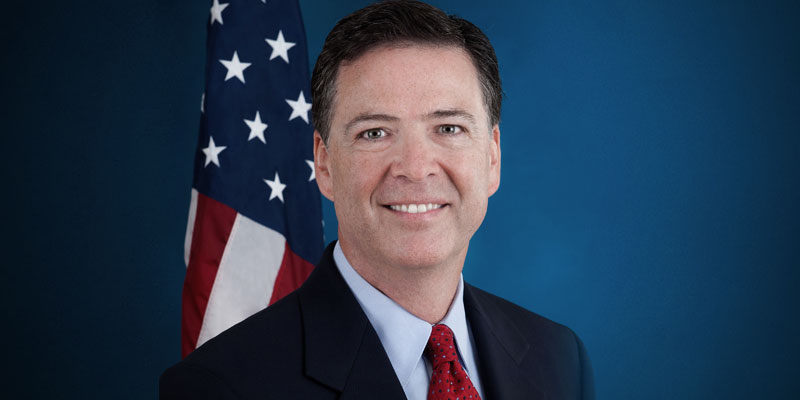 Sometimes the substance of a position is so flimsy the only path forward is to divert attention from it—in other words, create a red herring.

That’s precisely what the Democrats have done in the wake of FBI Director James Comey’s termination two days ago. In short, they’ve seized the moment, launching a well-coordinated campaign to resurrect the cry that Russia gave Trump the Presidency.

More specifically, the idea they’re now peddling is that President Trump fired Comey simply to avoid scrutiny over alleged collusion with Russia to throw the election last fall. This, despite the fact that former President Obama’s own Director of National Intelligence, James Clapper, told Senator Lindsey Graham (R-SC) in sworn testimony Monday that there’s no evidence to support such claims.

Nevertheless, with Comey gone, if Democrats can create enough of a fuss to get a special prosecutor to investigate Russia’s influence on the campaign, the nation’s attention may once again shift to the White House and away from their party’s colossal political and policy failures.

Ironically, for this to happen the problem the Democrats must overcome is the same one that led to James Comey’s firing and Hillary Clinton’s defeat: a credibility problem.
Let’s start with the Democrats. As recently as last week, they were the ones demanding Comey’s head, but now that he’s gone, they’re declaring his termination the greatest miscarriage of justice since Watergate.

As Rush Limbaugh pointed out yesterday:

• Business Insider ran an article entitled “‘Comey Acted in an Outrageous Way During the Campaign, Bernie Sanders Suggests FBI Director Should Resign”
• The liberal website ThinkProgress published a piece entitled “The Case for Firing Comey”
• Democrat operative John Podesta said the American people “are getting nauseous at the sound of Comey’s voice”

The list goes on, yet despite these contradictions and their obvious hypocrisy, the central question remains: did the President have grounds to fire Comey? Once again, the answer to this question is centered around his loss of credibility.

While Comey’s credulity problems started long before 2016, his clumsy actions during last fall’s presidential campaign are too questionable to ignore. After his boss at the time, then-Attorney General Loretta Lynch had a clandestine meeting with Bill Clinton on a private tarmac, Comey concluded that Hillary Clinton never intended to do anything wrong. Not only was his rationale highly suspect, this determination wasn’t his to make—the FBI’s job is to investigate, not prosecute. Reeling from the backlash of this now infamous July declaration, Comey pivoted in October and reopened the investigation, citing new emails not previously seen.

Continuing to give the nation little reason to trust him, FBI officials also acknowledged that, in his recent Senate testimony, Comey inaccurately stated the number of Hillary Clinton’s emails to her aide Huma Abedin, which were forwarded to her ex-husband Anthony Weiner’s computer. Whether an honest mistake or not, the FBI Director simply cannot make this kind of error.

It’s hard to tell how this whole mess will turn out, but in the wake of Comey’s firing, one thing is clear: as much as Democrats want to make this about Russia’s influence on the campaign, credibility is the currency of relationships and James Comey squandered his.