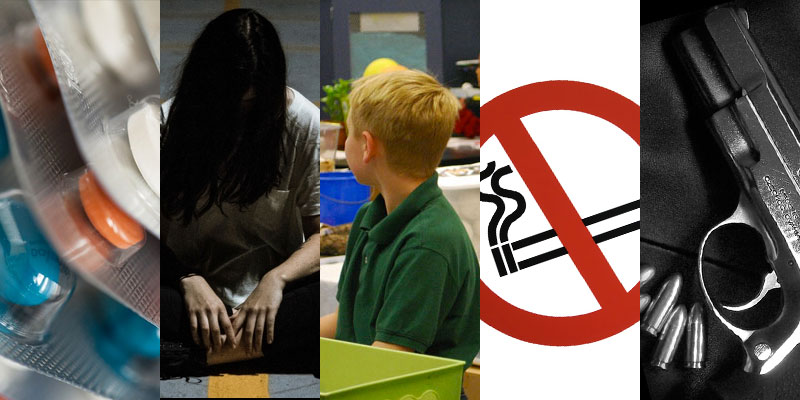 And, we’re back! Happy weekend to you.

Taylor’s Top Five is back to fill you in on what you might have missed this week in Montgomery. Hope you enjoy, and let us know if you have any questions on the items discussed below. Have a great weekend!

1. The Senate approved harsher punishment for possessing fentanyl.
For those who don’t know what we’re dealing with here, fentanyl, the synthetic cousin of heroin, is one of the driving forces behind the recent opioid crisis and a high number of opioid-related deaths. As reported by the CDC, fentanyl is one hundred times more potent than morphine. Under a bill passed unanimously by the Senate this week, anyone in possession of two or more grams of the deadly drug will face ten years in prison, with that sentence increasing to twenty-five years if the amount is over four grams. Now that the bill has been approved by the Senate, it goes to the house.

2. Good news: Everyone in the Senate is putting their foot down on human trafficking.
Under current law, obstructing an investigation into human trafficking is a Class C felony. But under a bill that unanimously passed the senate this week, that will change. This bill by Senator Cam Ward (R-Alabaster), would change it to a Class A felony, which carries a minimum sentence of ten years in prison. As reported by Yellowhammer News, Senator Ward said, “Because you want to make it such a hard deterrent for anyone engaged with or associated with this crime, we want to move from a Class C to a Class A felony for those who are involved in obstructing justice in these cases. . . . In the new law, to know about it, and intentionally obstruct the prosecution of these cases, then you’re treated the same as the person who was directly involved in the trafficking.” The bill now goes to the house.

3. The substitute to the day care bill that we discussed last week is on the move.
The substitute to Representative Pebblin Warren’s (D-Tuskeegee) bill, which has been agreed upon by some religious liberty advocates and also licensing advocates, was offered in committee on Wednesday. Nineteen people lined up to speak on both sides of the bill. When the hearing wrapped up, the bill was given a favorable report by the House Children and Senior Advocacy Committee. On Thursday, the bill was put before the full house. On the house floor, the debate over an amendment got heated. Following a lengthy debate on the amendment that was ultimately passed, the house passed the bill 86-5. On to the Senate it goes.

4. It’s official (at least from the House side): No smoking in cars with children.
The bill still has to pass the senate, but this week, the house passed Representative Rolanda Hollis’s (D-Birmingham) bill that institutes a $100 fine for smoking in a car with a minor present. The bill passed by a 41-30 vote. In my opinion, that’s a pretty close margin. It will be interesting to see what happens on this one in the Senate.

5. It was said best in a tweet from Reckon by AL.com: “Stand your holy ground?”
Last year, Representative Lynn Greer (R-Rogersville) offered a similar bill, which failed to pass the Legislature. This year, the church stand-your-ground bill is back. Under this bill, use of physical force is protected if it is used in defending an employee, church member, or church volunteer at a church or church-related event. As reported by the Montgomery Advertiser, after it passed the voice vote in the House Judiciary Committee, Representative Greer said we could survive without this law, “but it provides immunity. You could defend a child and elderly woman and it would provide immunity.” Now, on to the full house.

—The ride-sharing bill passed the House this week by an overwhelming margin. On to the Senate!

—Lawmakers are catching heat over campaign expenses. According to Yellowhammer News: “As many as 70 lawmakers may have received subpoenas in recent days in an investigation into campaign accounts. At issue is how on some disclosure forms, rather than itemize an expense in detail, some lawmakers are simply listing ‘credit card expense.’ Without knowing what was purchased with that credit card, the disclosure doesn’t properly itemize any expenses and the public doesn’t know exactly what was spent from the account, as law requires.”

—A bill that requires youth sports coaches to take a mandatory safety course passed the house by a 41-21 vote this week. According to the Troy Messenger: “The course will feature emergency preparedness, identifying concussions and head trauma and how to use training equipment and other topics.”