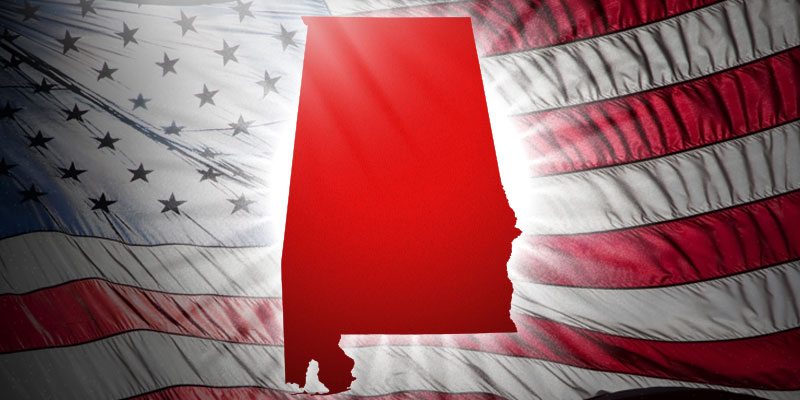 Thank goodness it’s the weekend, am I right? Check out what happened in the state legislature and Taylor’s Top 5 for this week!

1. Folks, we are very close to statewide ride sharing!

This week, the Senate unanimously passed a bill that sets up the framework for ride-sharing companies to operate across the state. Now that the bill has made it through the legislature, it now heads to Governor Ivey for a signature, and she has indicated that she is supportive of this legislation.

2. Budgets are on the move.

After several hours of debate and without a single “no” vote, the education budget passed the house this week 102-0. According to Brian Lyman with the Montgomery Advertiser, “the Legislative Fiscal Office projects the budget, the largest in a decade, to grow by about $216 million next year, due to increased income and sales tax revenues from a stronger economy. Most of the increase — $102.4 million — will go to the proposed pay raise for teachers.”

Also this week, the Senate Finance and Taxation committee took up the General Fund budget for 2019, as well as a companion bill by Senator Clyde Chambliss (R-Prattville) that would give state employees a 3% cost of living increase. Again, Brian Lyman with the Montgomery Advertiser reporting: “The committee approved the pay raise bill — sponsored by Sen. Clyde Chambliss, R-Prattville — despite reservations from Pittman, long an opponent of increased spending in most elements of the state budget.” A few other agencies will see increases in next year’s budget, including Medicaid, Alabama Law Enforcement Agency, and Alabama Department of Mental Health. This budget marks the largest budget introduced since the 2008 recession.

3. Civil asset forfeiture reform is making its way through the legislature.

A bill by Senator Arthur Orr (R-Decatur) that would reform Alabama’s civil asset forfeiture laws was passed by the Senate Judiciary Committee this week. A public hearing was held on the bill. Speakers in support of the bill included Institute for Justice Legislative Counsel Lee McGrath and former U.S. Attorney Kenyen Brown. The committee gave the bill a favorable recommendation by a voice vote, and now the bill goes to the full Senate. Want to learn more about civil asset forfeiture reform in Alabama? I’ve got a few resources for you: an article written by Policy Relations Manager at API Parker Snider, a piece written by Jason Snead, policy analyst at the Heritage Foundation, or this article that highlights all of the conservative partners supporting civil asset forfeiture reform, written by J. Pepper Bryars, editor-in-chief at Yellowhammer News.

4. Under a proposed law, Gardendale might not be the only growing city not getting their own school system.

The 11th circuit court of appeals ruled this week that Gardendale could not break away from the Jefferson County school system and form their own system, which broke from a ruling last year that allowed the split. In a timely manner, the Senate Education and Youth Affairs committee held a public hearing on a bill by Senator Linda Coleman-Madison (D-Birmingham) that would change the requirement for a city to form its own school district from a population of 5,000 to a population of 25,000. One argument made by opponents of the bill was that the financial capacity of the city wanting to form their own system should be considered more highly than the city’s population. The committee did not vote on the bill this week.

5. Military appreciation day was this week, featuring a handful of military bills.

Thursday was designated “Military Appreciation Day” by Governor Ivey, and as such, the Senate passed the Parks for Patriots Act, along with four other bills to support military veterans. Plus, the legislature held a joint session for the purpose of honoring General Gus. F. Perna, Alabama’s only four-star general and commander of the U.S. Army Materiel Command in Huntsville. According to a press statement from the GOP Senate Caucus, “the Senate approved a tax credit for small businesses that hire unemployed veterans, created a voluntary contribution check-off on income tax returns for the Alabama State Veterans Cemetery at Spanish Fort, added Iraq and Afghanistan veterans who own businesses to the preferred vendor list for state contracts, and passed a bill that would make it illegal to park a vehicle in spaces reserved for military veterans.” I am very thankful for individuals who choose to join the military to defend our freedom, and it was great to see active and retired military men and women honored in the legislature.

—  Representative Will Ainsworth (R-Guntersville) announced this week that he would be proposing a bill that would allow schools to designate certain teachers to carry firearms after completing firearm training. The idea has already been controversial, and the bill hasn’t even been introduced yet.

—  A bill introduced by Senator Tom Whatley (R-Auburn) would change the state’s sex education law to remove language that calls homosexuality a crime. The bill passed unanimously out of committee this week and now moves to the full Senate.

—  Senator Trip Pittman’s (R-Montrose) bill to allow execution of death row inmates by nitrogen gas passed out of the Senate Judiciary Committee this week. If this bill passes, it would add hypoxia as the third option—along with electrocution and lethal injection—for execution in Alabama.

—  After a long day on Thursday, the House finally wrapped up for the week. During that long session (reported to be more than twelve hours by Brian Lyman on Twitter), they passed Representative Lynn Greer’s (R-Rogersville) bill to extend the Stand Your Ground law to churches. The House approved the bill 40-16.