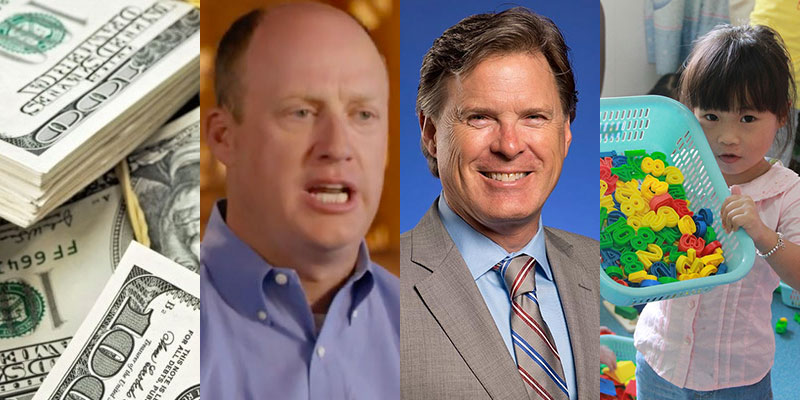 Did this week fly by to anyone else? Enjoy the weekend and check out what happened this week in Montgomery in Taylor’s Top 4!

If you want to receive daily news hits from across the state and nation straight to your inbox each morning, click here to subscribe to API’s Daily Clips.

1. General fund budget for 2019 has passed the Senate.

This week, the Senate passed a budget for the 2019 General Fund (GF) by a 26-2 vote. If this budget passes, it will be the biggest GF budget in a decade. This budget includes  $755 for Medicaid and grants an additional $51 million to the Department of Corrections next year. Check out this run-down of funding increases and reactions from lawmakers in this piece by J. Pepper Bryars with Yellowhammer News. During the debate over the budget on the Senate floor, Senator Bobby Singleton (D-Greensboro) proposed an amendment that would add money to fund a facility that provides vocational training for inmates, similar to the Alabama Therapeutic Education Facility located in Columbiana. The Senate approved that amendment 24-6. Another amendment was offered by Senator Trip Pittman (R-Montrose), chair of the General Fund budget committee, which increased funding to the Alabama Department of Transportation by $4.5 million. The $2 billion budget passed by a vote of 26-2 and will go to the house.

Last week in the wake of the school shooting in Florida, Representative Will Ainsworth (R-Guntersville) said that he was planning on introducing legislation that would allow teacher who had received firearm training to be armed while at school. This week, Ainsworth released the bill—for which he’s gotten 33 cosponsors—at a press conference where he was joined by teachers, school administrators, law enforcement officials, and other lawmakers. While she doesn’t often comment on legislation until it reaches her desk, Governor Kay Ivey seems skeptical of the bill, saying in response to it that “teachers have got their hands full being teachers and instructors and I just think there’s some other way to provide protection.” As reported by WHNT, “Under the bill, teachers or administrators who choose to participate would be responsible for the cost of the firearm and the ammunition. The state would pick up the cost of training.”

3. Hightower has something to say about how the state handles harassment.

Senator Bill Hightower (R-Mobile) had a bill before committee this week that addresses how the state deals with sexual harassment accusations from state employees. This bill is similar to one moving through the U.S. Congress that would require members to settle sexual harassment claims with their own money, rather than with government money. With this bill, Hightower says that the individual—or “bad actor”—will be solely responsible for their bad behavior.  According to Brian Lyman with the Montgomery Advertiser: “The bill would ban the state’s Board of Adjustment from considering ‘claims of the public at large or employees of the state filed against officers or employees of the state, including elected public officials, for damages associated with sexual assault, sexual harassment, or other sexual misconduct.'” The bill passed out of committee quickly this week with a favorable report and now heads to the full Senate. Personal opinion here: I’m a big fan of this movement to hold the guilty party accountable. This policy gets a thumbs up in my book.

4. The day care bill advances to the full Senate. Will it pass this year?

Representative Pebblin Warren’s (D-Tuskeegee) bill to add increased oversight to faith-based day cares went to committee in the Senate this week. It passed the house several weeks ago. If you remember, this bill requires all child care facilities that receive federal funds to be licensed. It also removes the provision in the original bill that mandated yearly Department of Human Resources inspection, but requires religious child care facilities to provide insurance coverage and health reports. Last year’s bill on regulating child-care facilities died in the Senate. Mike Cason with AL.com reported on Twitter that there was a good bit of support for Warren’s bill in the committee, which proved to be true with a favorable report, which sends the bill to the full Senate.

—   Senator Dick Brewbaker (R-Montgomery) wants to lessen the penalty for possession of marijuana. As reported by Brian Lyman with the Montgomery Advertiser, Brewbaker’s bill would institute that “possession of more than two ounces of marijuana would be a Class C Felony, while possession of one to two ounces of marijuana would be a Class D felony, with prison time capped at two years and served in a community corrections facility.” The bill passed committee 6-4, and made an enemy along the way. Senator Phil Williams (R-Rainbow City) pledged to filibuster the bill on the Senate floor.

—   Representative Ken Johnson (R-Moulton) had a bill before the House Public Safety committee this week that would ban cities from red light cameras to catch traffic violators. The bill was not voted on following a public hearing, but the chairman of the committee Representative Allen Treadaway (R-Morris), a captain with the Birmingham Police Department, sent the bill to a subcommittee for further study.

—   This week, the full Senate approved Senator Trip Pittman’s bill to add nitrogen hypoxia to the list of means by which an inmate on death row may choose t0 be executed. The bill passed unanimously and heads to the House.