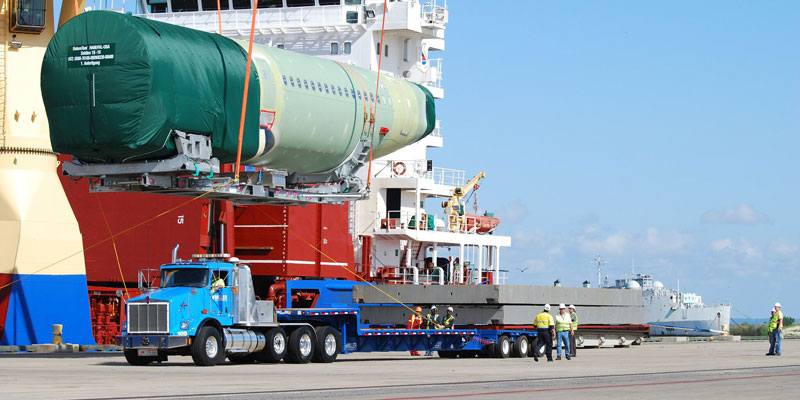 America is experiencing extended shortages of goods without recent precedent. The global transportation system is heavily congested, with dozens of ocean freighters waiting off California to dock. Is America’s economy beginning to emulate the former Soviet Union?

Consumer spending quickly recovered from a sharp decline at the COVID-19 pandemic. More significantly, the pandemic and the policy responses changed buying plans. Consumers shifted from dining out and entertainment to purchasing goods. Stay-at-home orders led to a demand for building supplies for DIY projects while remote schooling led to huge purchases of Chromebooks. COVID stimulus checks encouraged additional purchases.

Every economy features capacity constraints. Setting up new factories takes time; we can only ramp up production of lumber or computer chips modestly in the short run. The changes in the composition of consumer demand consequently created challenges. The labor shortages resulting from four million fewer workers have slowed efforts to expand production.

Several disruptions of global shipping have compounded the strain on the system. In March, the Ever Given ran aground and blocked the Suez Canal for six days. Two of China’s leading ports have closed due to COVID-19 outbreaks among dock workers.

Port congestion will spread across the rest of the system. Containers on ships waiting off Los Angeles, for instance, cannot transport other loads. And containers to be loaded on the ships waiting off the coast clog ports and warehouses.

We consequently have seen substantial increases in transportation prices, like a doubling of the cost of shipping a standard container, and equipment, like shipping containers and truck chassis. These price increases are a feature of markets, not a flaw. High prices help bring all used shipping containers into service. High shipping costs make customers think carefully about whether they can wait.

Despite the “broken” characterizations, U.S. ports are projected to set all-time cargo handling records this year. Supply chains are struggling to meet increased demand, not failing to deliver what we normally buy.

Our elected officials imagine that they can solve all our problems. Unsurprisingly President Biden appointed a “port czar” in August and has said, “If the private sector doesn’t step up, we’re going to call them out and ask them to act.” Many experts suggest we need someone, presumably government, in charge. An authority quoted in the Washington Post said, “It’s like an orchestra with lots of first violins and no conductor. … No one’s really in charge.”

Yet government control over supply chains would help make shortages permanent. Supply chains are too complex for anyone, including the managers of companies like Apple and Nike, to understand. Companies use suppliers and do not know all their suppliers’ logistics. The resulting economy is so interconnected that the lumber shortage has worsened transportation problems. How? As American Institute for Economic Research economist Peter Earle explains, shipping containers require wooden pallets.

Beyond this, as economist Friedrich Hayek observed, production remains steady only because businesses daily make hundreds of small and large adjustments. Businesses have responded to transportation bottlenecks. Home Depot and Walmart, for instance, are chartering cargo ships and sending them to ports with shorter delays.

Businesses adjust because they see the looming problems and potential solutions and have a profit incentive to do so. Unapproved changes, however, would disrupt government plans. A government supply chain czar would almost certainly require approval for adjustments. How long will shortages persist before bureaucrats decide to approve adjustments?

Firms across the globe are working tirelessly to supply Americans with the things we want. Supply chains are not broken and are delivering more goods than ever. Politicians can help the most by cheering on these efforts.

Daniel Sutter is the Charles G. Koch Professor of Economics with the Manuel H. Johnson Center for Political Economy at Troy University and host of Econversations on TrojanVision. The opinions expressed in this column are the author’s and do not necessarily reflect the views of Troy University.