Sherrie Lemier-Potts is a 2020 Woman of Impact 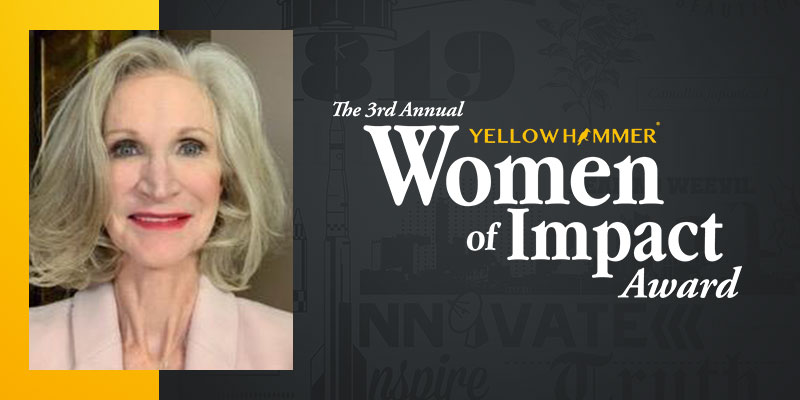 Sherrie Lemier-Potts freely admits that she prefers to love through acts of service. So it is no surprise that the mother of three and accomplished corporate officer has an impeccable record of service to her state, her community and those around her.

It was during her nearly two-and-a-half decades at Blue Cross Blue Shield of Alabama, as senior vice president, chief financial officer, treasurer and president of the government division, that Lemier-Potts realized serving people was what really motivates her.

The difficult problems and tasks accompanying her position were something she enjoyed.

“I guess I always had a drive to succeed and to do what was right,” she remarked to Yellowhammer News. “Complex problems and pressure situations didn’t scare me, they motivated me. It was where I always found my drive. In my early years as an accountant you wouldn’t believe how much pleasure I would get by balancing a Statement of Changes in Financial Position.”

She wrote them out by hand with the aid of a 10-key calculator and 18-column spreadsheet.

“And it was glorious when it balanced,” she remarked.

In 1992, the company’s chief actuary, Terry Kellogg, who later went on to become CEO of the company, offered some advice that she never forgot.

“He said, ‘Sherrie, those numbers on that piece of paper are people,’” recalled Lemier-Potts.

That was when a light went off inside her head.

“No matter how many income statements and balance sheets I prepared, if I didn’t remember that the income on those statements represented individuals insurance premiums and the expenses are the claims we pay to the hospital when they get sick, I’m not doing true justice to my job and the customers we serve,” she stated. “So I had found glory in another place: people. And it really did change my perspective on everything I did.”

Lemier-Potts ascended the corporate ladder and held many different positions, but the incentive was always the same.

Asked to offer some of the guiding principles she carried with her throughout her career, Lemier-Potts cited integrity, supporting bosses and championing employees.

Yet, one thing guided her more than any others.

“First and foremost is my faith,” she stated. “I know the Lord put me in all of the jobs I had at BCBS. Terry Kellogg and Phillip Pope just thought they were making those decisions alone. I prayed for my employees, my bosses and my company every night before I would go to bed, then in the car on the way to work. Shoot, I still pray for Tim Vines and BCBS every day. But many days those drive-in prayers just made my smile bigger. I would be lying if I said there were some days I could have gotten along without it.”

As for her emphasis on maintaining integrity, it was a character trait passed down to her.

“My dad taught me that one,” said Lemier-Potts. “He told me no one could ever take it away from me. I could only willing give it up myself. He is, at the age of 89, still the wisest man I know.”

Lemier-Potts charitable and philanthropic endeavors have long been a part of her service to the community.

It began when she became a member of the board of the Salvation Army, and it has become a part of who she is.

“I had the opportunity while at BCBS to serve on many boards,” she explained. “That’s where I became a board member of the Salvation Army over 12 years ago and serve as its Chairman today. I can only explain my attachment to that board by the organizations own motto: Doing the most good. I have never seen a more sacrificial staff as the army’s, as well as my fellow board members. And I am proud to serve with all of them. My husband, Al and I ring the bell together at Christmas and it always brings me such joy. We dress up like Santa and his elf. We have so much fun and we collect a lot of money for the army.”

“Being able to change the trajectory of a young person’s life through good nutrition and exercise is amazing,” observed Lemier-Potts.

Once again, Lemier-Potts credits her parents for having installed in her the value of service, particulary for the underserved population.

“My parents raised me in a loving home that always just gave,” she said. “My mom taught beauty school in Hueytown for 45 years, until two months before she died at the age of 79, because she was giving of herself and her testimony to the ladies in Hueytown. My dad, the same way. One day he didn’t think I was watching but I was. I saw him give this man a car who needed it. I don’t mean to sound trite, but I come from a long line of givers. And its not just money. Many organizations need your time as well as your money.”

Yellowhammer News is proud to name Sherrie Lemier-Potts a 2020 Woman of Impact.