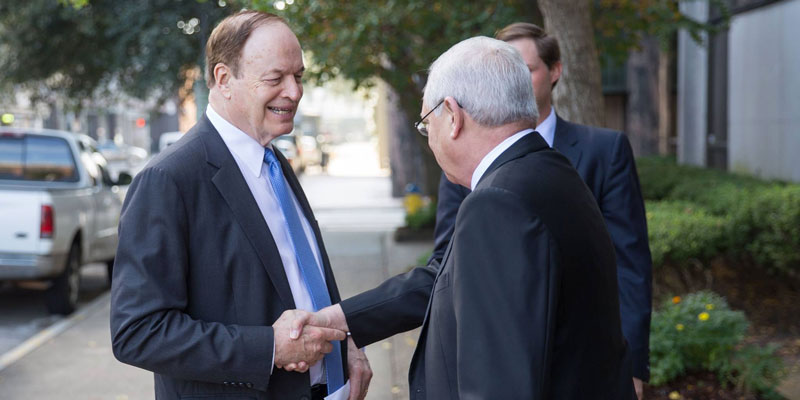 Senator Richard Shelby (R-AL) has made history once again, with the powerful Appropriations Committee chairman becoming the longest-serving U.S. Senator ever from Alabama.

Shelby, whose first day in the chamber was January 3, 1987, has now served 11,748 days and counting. Many political observers believe that he has also been the most successful Alabama senator throughout history.

Yellowhammer News received statements from industry leaders across the state celebrating Shelby’s milestone and explaining the unparalleled impact his leadership continues to have on the Yellowhammer State.

“Senator Shelby is Alabama’s greatest statesman,” BCA President and CEO Katie Boyd Britt said. “From Muscle Shoals to the Wiregrass and everywhere in between, there is no greater advocate for the state of Alabama than Richard Shelby. He is a visionary and has always looked to use his time in Washington for the betterment of our state and our nation.”

Britt – who served as Shelby’s chief of staff from 2016 until December 2018 – concluded, “There is no doubt that Alabama is a better place because of the tireless efforts of Senator Shelby, and I am forever grateful to have had the privilege to work for him.”

Manufacture Alabama President George Clark, a longtime friend of Shelby’s, praised the legendary senator’s legacy while adding, “I believe that his most lasting accomplishments are still yet to come.”

“It goes without saying that Senator Shelby is perhaps the most successful U.S. Senator in Alabama history,” Clark said. “His leadership has guided our country through issues of great national importance, but Shelby’s real legacy will be his work for the State of Alabama, which he loves dearly. Senator Shelby has done and continues to do more for each geographic area of Alabama than most Senators dream of doing for their entire state, and I believe that his most lasting accomplishments are still yet to come.”

“We are fortunate to have an experienced statesman serving as chairman of the Senate Appropriations Committee. Sen. Shelby has earned the respect of his colleagues in Congress, which gives him the opportunity to be an influential leader not only for Alabama, but across the country,” Parnell added.

Amongst Shelby’s greatest lasting impacts may be his tremendous support for higher education in Alabama.

“We are fortunate that Senator Shelby chose a career of public service and congratulate him on his historic milestone as the longest-serving U.S. Senator in Alabama’s history,” St. John concluded.

“It’s impossible to quantify or fully describe Senator Shelby’s contribution to the state and nation because it’s immeasurable,” Leath remarked. “He is a champion of science, technology and research that improves quality of life, creates jobs in the state of Alabama and puts our country in a stronger economic position. Thanks to his steadfast support of Auburn, our canine detection science program is doing more to protect the homeland, our agricultural base is stronger and more profitable, our experts are developing technologies to revolutionize advanced manufacturing, and the list goes on and on.”

“Senator Shelby is a long-time supporter of higher education, and that’s why Auburn and the state’s other public universities are some of the best in the nation,” McCrary said.

Harbert advised, “Auburn and the state of Alabama couldn’t ask for a better or more effective advocate in Washington than Senator Shelby.”

One of Shelby’s top ongoing focuses is deepening and widening the channel at the Port of Mobile. Read more about that here.