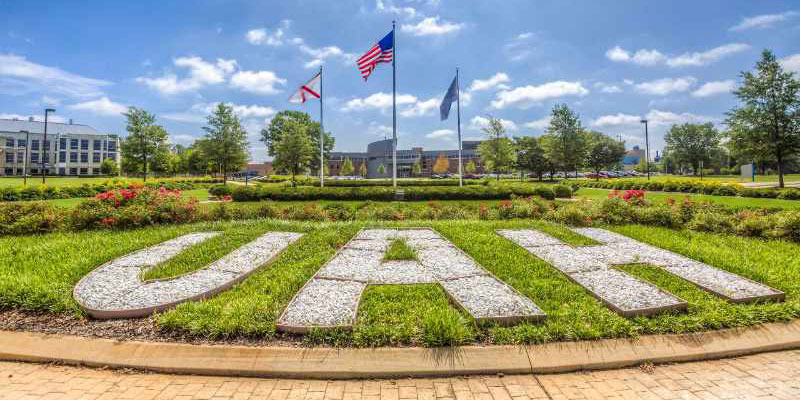 HUNTSVILLE, Ala. — With high school spring semesters wrapping up around the country, more and more students are choosing to attend the University of Alabama in Huntsville, and they’re doing so for good reason. UAH is on the rise, and its latest academic profile reflects an increasingly elite student body.

The average ACT score for UAH freshmen is an incredible 27.6, which is almost eight points above the national average for high school students taking the test. 35 percent of UAH students have an ACT score of 30 or higher.

But UAH’s incoming students don’t just test well; they performed well throughout their academic careers. 40 percent of the University’s incoming freshman had a high school GPA of 4.0 or higher.

Almost one-third of current undergraduates at UAH are pursuing an engineering degree. Engineering students are often attracted to Huntsville because of the city’s prime location for employment and history with NASA. A 2015 study by Forbes found that the Rocket City was the top location in the United States for engineers. At the time, the average salary for an engineer in Huntsville was $102,766.

The University strives to put students in a prime position to take full advantage of the rich opportunities that surround its campus. Back in 2014, UAH had five of its programs in the top 20 of the National Science Foundation federal research funding rankings, highlighted by its top-five ranked aeronautical/astronautical engineering program.

U.S. News and World Report rates UAH as a Tier 1 university and describes its admissions process as “more selective.”

UAH also boasts remarkably small class sizes. According to the data compiled by U.S. News and World Report, the school’s student to faculty ratio is 16:1. With a total undergraduate enrollment of 6,013, 44.5 percent of students sit in classrooms with fewer than 20 students.