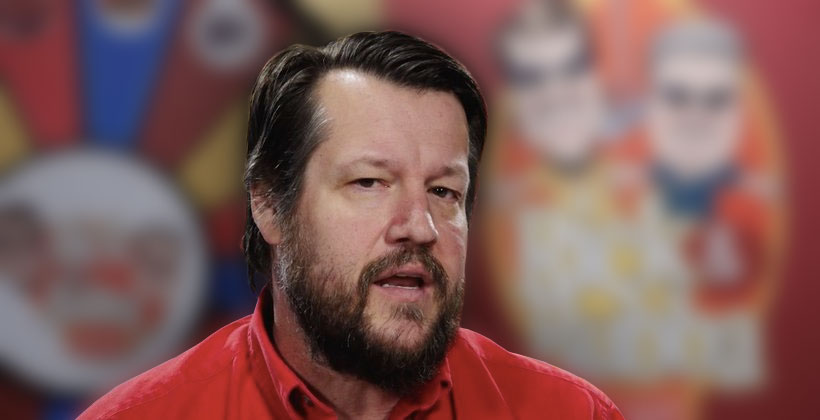 BIRMINGHAM, Ala. — On the same day the Alabama House and Senate are both holding public hearings on lottery proposals, one of the state’s most influential conservatives made the case against expanding gaming in the state.

“Any politician that is telling you or me, ‘Look, if we want to solve our budget problems, we’ve got to have more revenue; the answer is gambling’ — that’s lazy,” Burgess said in a video produced by the Alabama Policy Institute (API). “You know what they’re telling me? ‘I won’t take the time, nor do I have the expertise to buckle down, look at the tax revenues that are coming in and balance a budget.’ It’s a lazy plan.”

The video above is the first in a six-part series produced by API, which has been one of the state’s most ardent gambling opponents for decades.

In 1999, Alabamians voted down Gov. Don Siegelman’s proposed “education lottery” 54% to 46%. Since then, numerous statewide candidates — most of them Democrats — have run on a platform of letting the people vote again. In 2016, with Alabama’s budgeting woes continuing and a $1.5 billion Powerball jackpot sending lottery advocates into a craze, another push is beginning to emerge.

“I am sponsoring this because of constituent requests,” Senator McClendon told ABC 33/40’s Lauren Walsh. “Throughout my district, people have said why don’t we have a lottery in Alabama? We’re driving to Georgia and Tennessee. We’re driving out of state and spending our money and we’d like to spend our money right here at home.”

McClendon says he believes the lottery would raise $300 million in additional revenue for the state on an annual basis, but his bill does not stipulate what the funds would be used for.

Gambling advocates in recent years have pushed an “education lottery,” which would earmark the revenue to go toward the state’s education budget. But Alabama’s systemic budgeting issues are mostly centered in the General Fund, where the largest line items are Medicaid and prisons.

Polling indicates a sharp decline in support for a lottery that is not earmarked for education, but a Washington Post report published in 2012 called into question whether so called education lotteries actually benefit public schools anyway. According to the report, legislators in many states have concocted ways to keep the additional funds from ever making it into classrooms. In Texas, for instance, lottery funds paid for about two weeks of schooling for public school students in 1996. By 2010 it was down to three days.

A gambling expansion of any kind will face fierce opposition from Alabama’s large swath of evangelical voters.

Dr. Joe Godfrey, executive director of the Alabama Citizens Action Program (ALCAP), an almost 80-year-old organization that describes itself as “Alabama’s moral compass,” last month expressed concerns that “illegal gambling is taking over this state” and reiterated his group’s opposition to an expansion of any kind.

But there are signs that some longtime gambling opponents are considering softening their stance.

“Historically, I’ve opposed them,” powerful state senator Jabo Waggoner (R- Vestavia Hills) told ABC 33/40. But he says he is now considering throwing his support behind a bill that would bring the issue up for a vote again.

With little appetite among Republican lawmakers for additional tax increases, particularly after last year’s tense budget battles, gambling could continue to gain momentum as an alternative revenue stream that would prevent legislators from having to make additional cuts and reforms to state government.

A full transcript of Rick Burgess’s lottery remarks can be found below.

The lottery — here we go again.

This topic comes up on the show all the time. And even though the show is national, people call in and say, ‘Why doesn’t Alabama get on board with the rest of the states?” There’s a reason for that, and it is that Alabamians have been asked about this topic over and over and over, and every time the majority of people say “We don’t want gambling to come into our state in any way, shape or form.”

Well, the lottery starts making money — and it will. And then the money is available to the same people who corrupted the other tax revenue they had coming in. So magically, because it’s lottery money, they now have become great with money and they manage it well and they do a great job. You know what? It doesn’t matter if the money comes from tax revenue or if the money comes from a lottery, if they mismanage the money they’ve got now, they’re just going to mismanage that as well.

And any politician that is telling you or me, “Look, if we want to solve our budget problems, we’ve got to have more revenue; the answer is gambling” — that’s lazy. You know what they’re telling me? “I won’t take the time, nor do I have the expertise to buckle down, look at the tax revenues that are coming in and balance a budget.”