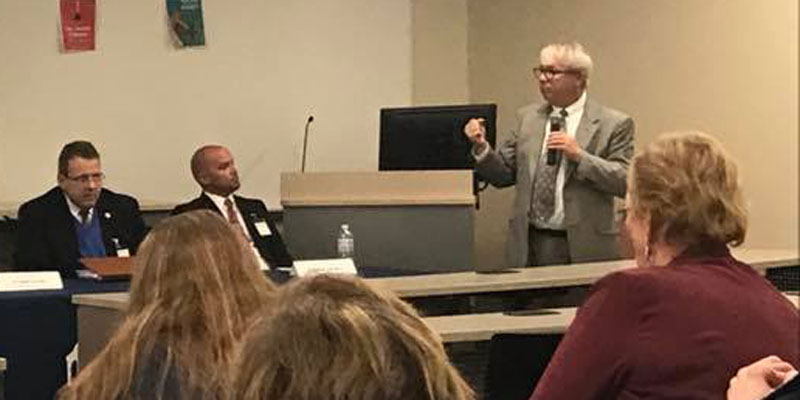 On Tuesday, February 27th, Samford University hosted a pubic forum on stopping opioid addiction within the state of Alabama. Organized by Jack Williams, Alabama House Representative for District 47, the event highlighted the problematic nature of opioid addiction and offered a dialogue on possible solutions. Representative Williams is especially concerned about opioid addiction because it is prevalent in Jefferson County, where it is estimated an overdose death occurs every 36 hours. According to the latest coroner’s report, 248 people died in Jefferson County last year from opioid overdose alone. This is a rapid increase from just six years ago when a total of 82 deaths were caused by opioid overdose.

A driving factor behind the increasing opioid addiction and overdose rate is the willingness of doctors to prescribe opioids to patients. Fortunately, this has decreased in recent years. According to Dr. Mark Wilson, head of the Jefferson County Department of Health, this is because doctors are “scared of punitive actions for overprescribing.” However, many are already addicted and if not helped will seek alternative sources to satiate their opioid addiction. Foster Cook, Associate Professor of Psychiatry at UAB, pointed out that in many states where doctors stop prescribing opioids to addicts, prescription opioid deaths decrease while heroin deaths increase. This is now happening in Alabama. 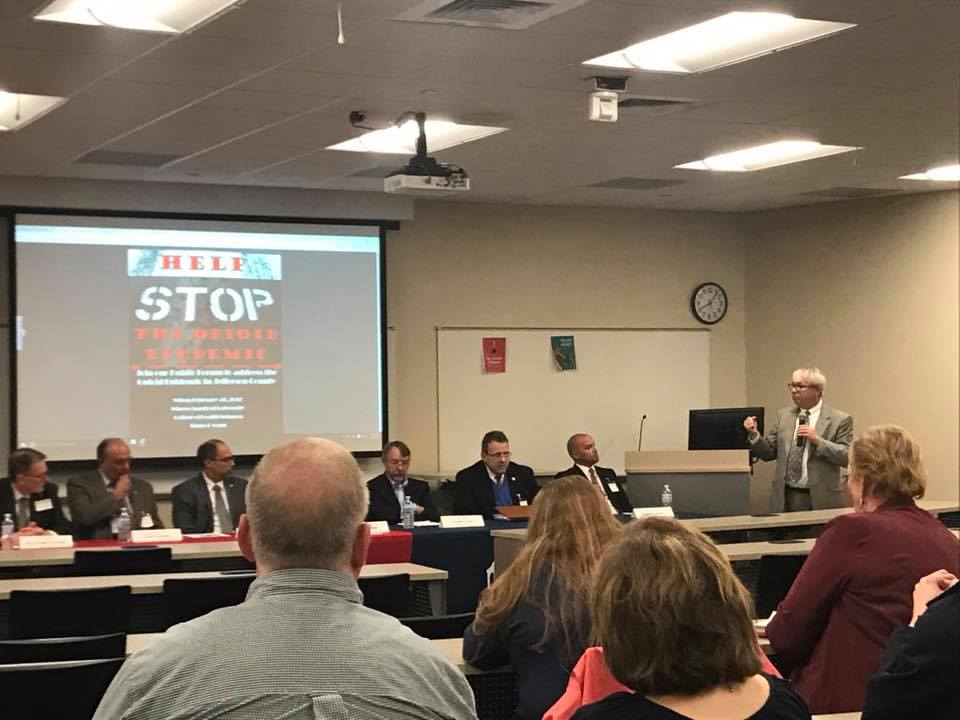 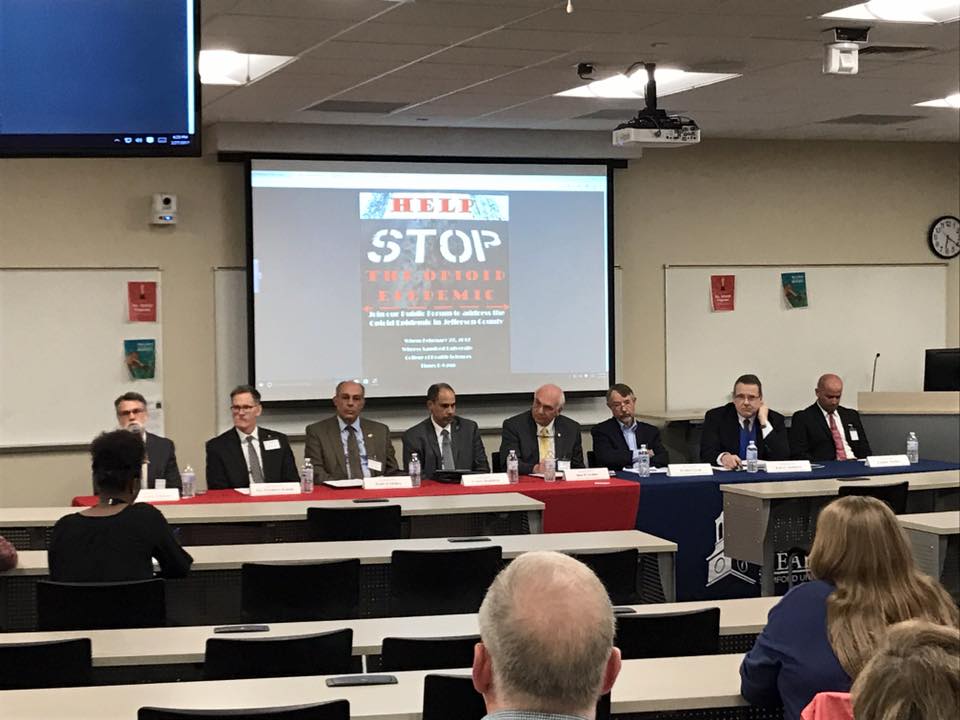 At this forum, the panel insinuated the severity of this issue by pointing out that most opioid addicts do not fit the stereotype many people imagine them to fall into. They are often individuals recovering from surgery, or are elderly or disabled. They were overprescribed an extremely addictive substance, and we are losing these valuable people to overdose. To combat this issue, public health and government officials, among others, are forming groups such as the “Pills to Needles Initiative.” Specifically, this group is working on a strategic plan to address opioid addiction and overdose. By developing resource centers, making naloxone more widely available, and working with law enforcement, they are on course to greatly offset opioid addiction.

While the state currently has roughly $16 million in funding to fight opioid addiction and overdose, this funding only maintains the status quo and is not matching the growing population of addicts. Jim Purdue, Commissioner of the Alabama Department of Public Health, is asking for a twofold increase in funding from $16 million to $32 million. He believes this additional funding will not only help opioid-dependent citizens, but will also reduce strain on the healthcare system. Even with this high up-front cost, reducing and ideally eliminating opioid addiction in Alabama would possibly decrease spending of public funds while improving the quality of life for thousands of Alabamians.