What the #pervnado sexual denials have shown me about parenting 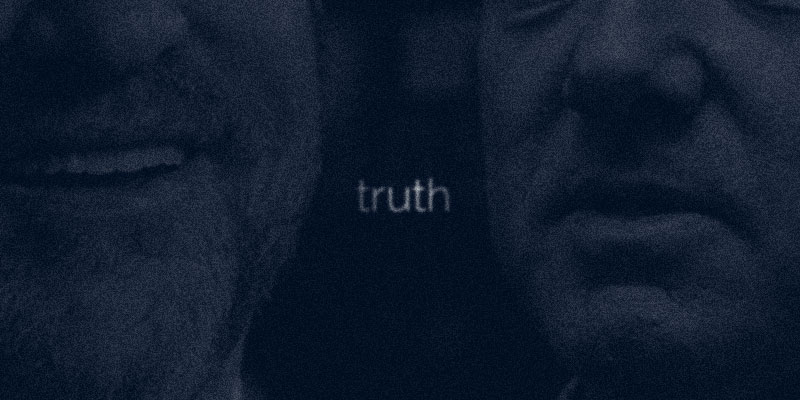 Even in an age when security cameras catch us and DNA samples condemn us, the Weinstein – Franken – Conyers – Lauer – (etc. and so on) roll out of #pervnado allegations, denials, half-truths and firings should remind us we’re a society still dependent upon an old-fashioned concept: our word.

We depend upon accusers to tell the total truth, nothing added, nothing left out.

We depend upon witnesses to set aside personal vendettas, biases or assumptions that may taint their testimony.

We depend upon wrong-doers to admit when they have screwed up and accept the consequences.

In short, we depend upon an unspoken communal commitment to uphold the absolute truth at all times no matter what.

Doesn’t that make you nervous?

It does me, as a mother of five kids who sometimes lie and fib and stretch the truth as kids often do.

It does me, as a person whose temperament-in-the-rough can bend and contort to avoid social discomfort even if it means subtle falseness like laughing at what I find unfunny or more overt lies like insisting all is well to avoid disagreement (I’m loving the getting-older effects of caring ever less what others think, however).

The cultural comeuppance has made me take a hard look at myself and my parenting and I’ve come to an alarming conclusion: I’m not happy with how I’ve handled my young kids’ lies.

Take the time to correct lies

About 10 years ago I read a humorous and well-done parenting book called “Don’t Make Me Count To Three!” that made an impression on me partly because I felt some of the author’s discipline was a little much.

Ginger Hubbard tells a story about her then 3-year-old daughter who put lipstick on the dog and, when confronted about getting in her mother’s things, insisted that her brother’s toy action figure named “Doug” committed the misdeed.

The family was late for a soccer game and I imagine in the same situation I would have said something like, “Okay, sure, ‘Doug’ did it. Well, we all know that isn’t true, ya little cutie, now get your shoes on and get in the car!”

Hubbard did what I should take the time to do.

She told the rest of the family to go ahead to the game even though her daughter pitched a royal fit.

She showed her daughter what the Bible says about lying and told her to think about it in her room.

She came in later and said that toy “Doug” could not possibly have put lipstick on the dog, even though the toddler insisted that, oh yes, he could of because she “put batteries in him.”

After more time alone to think about it, the daughter fell asleep, but Hubbard didn’t want her to “sleep with this sin weighing heavy on her heart” so she woke the child (I mean, mad respect right there — Mom has a quiet house and she wakes a toddler?) who after more lies, finally told the truth.

“She was absolutely relieved and thankful to get a spanking,” Hubbard wrote. “Her heart was clean.”

There is no shortage of child psychologists who would disagree with Hubbard’s approach.

And after all, when a toddler with chocolate all over his face insists he didn’t eat any, it’s very hard not to laugh. They really are so cute and their sins (yes that word is appropriate) seem so insignificant.

But that was Hubbard’s point: Lies are not a laughing matter even when our kids seem too little to take them seriously. Letting sin slide hardens their hearts and forms their character. We must deal with it – for their sake and for future society’s sake.

I have to ask myself: How can I possibly expect integrity from a 12-year-old if I wink at lies when he’s 2?

What can I expect from a grown-up daughter if I don’t challenge exaggerations about her second-grade teachers and friends in dramatic retellings today?

I can get weary of doing the good work required to bring up kids with strong character – the kind of kids who will someday be adults, who we’ll depend upon to tell the whole truth, no matter the personal cost.

This news cycle, I will look myself squarely in the mirror as a parent and person and say with G.K. Chesterton (as the story goes):

What is wrong with the world?