Professional soccer is officially coming home to the Magic City 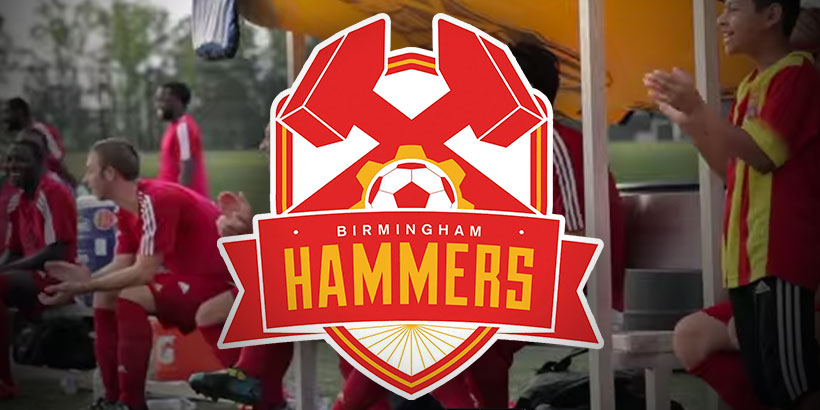 (Video Above: The Bama Hammers)

BIRMINGHAM, Ala. — Professional soccer will officially be coming to stay in the Magic City as the Birmingham Hammers become the newest members of the National Premier Soccer League (NPSL).

The NPSL is a nationwide league founded in 2002 as the Men’s Premier Soccer League. In the 13 years since its founding, the league has grown to more than 80 teams spanning the entire country. The Birmingham Hammers will be competing in the league’s Southeast Conference against clubs in Atlanta, Chattanooga, Knoxville, Nashville and New Orleans.

Each team is individually owned and operated, and is responsible for maintaining league minimum standards.

Alabamians were seen recently embracing the world phenomenon of soccer like never before. Just last month, the U.S. Women’s National Soccer team broke records at Legion Field with attendance reaching 35,753, the largest ever for a stand-alone WNT match in the southeastern United States. WNT beat Haiti 8-0 securing the victory and igniting the Yellowhammer State with football pride of a different sort.

Credit is given to long-time Hammers fans, Magic City supporters, and soccer fanatics altogether for bringing the professional soccer team status to the Birmingham Hammers. With the announcement now made, the president and general manager of the club, Morgan Copes, says that the Birmingham Hammers are excited for what comes next.

“We are ahead of it,” he said. “We’ve got to prepare for next summer. We’re very excited going forward but we’ve got a lot of work to do.”

The Hammers will be playing all home games at Vestavia Hills’ Sicard Hollow Athletic Complex serving as the team’s home field.

The Men’s Premier Soccer League, is the fourth tier of professional men’s soccer in the U.S. The top tier is Major League Soccer, followed by North American Soccer League and United Soccer League.

The Hammers are scheduled to begin league play in May 2016.

Please feel free to follow The Birmingham Hammers via Facebook or @BhamHammers to stay up to date on important news and info concerning the Magic City’s favorite professional soccer team.