The Alabama Political Reporter (APR) published a series of what would kindly be called “hit pieces” on the Poarch Band of Creek Indians (PCI).

The intent is clear: Create a perception that the PCI is operating a lawless, shady organization and buying Alabama politicians to kill their gambling competitors’ chances of codifying their quasi-legal activities.

The Alabama Political Reporter made a series of unsourced allegations that PCI Government Affair Director Robert McGhee responded to Wednesday on WVNN’s “The Dale Jackson Show.”

Allegation from APR: There is a federal government vehicle at the PCI facility in Atmore, AL, which means they are under investigation. 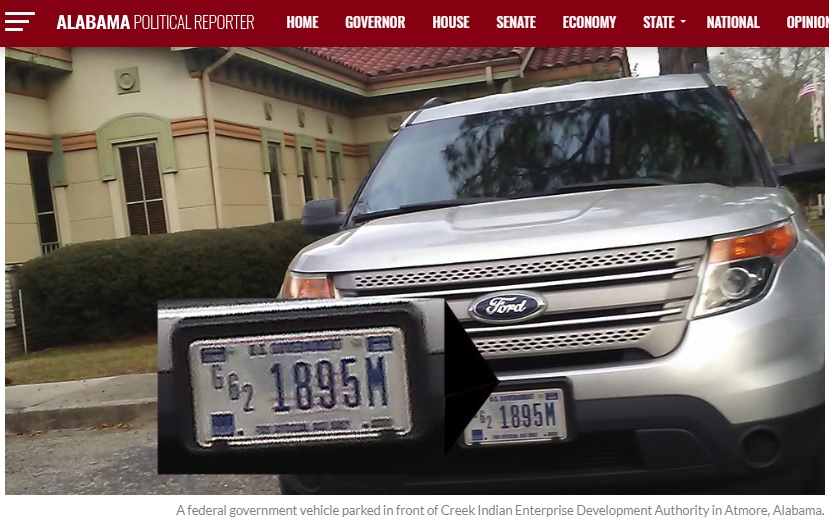 Allegation from APR: A number of allegations — including irregularities in its gambling operations — raised during prolonged disputes between the Poarch Creeks, the Muscogee Indian tribe and different factions of the Poarch Creeks, are fueling other federal probes, multiple sources have told APR.

Allegation from APR: “Stories citing the president’s disdain for Indian underhanded tactics are always an interest to the White House,” said the former White House insider. “Trump forgets nothing … what the tribe is up to in Alabama is being heard in Washington.”

Response from McGhee: I think that what’s interesting about this is a number of weeks ago, our chairwoman and counselor she received a handwritten letter from President Trump just regarding the donation that we made within the state of Alabama. He just wanted to thank us, you know, thank the Poarch Band of Creek Indians personally.

The lack of follow up media coverage on this kind of a bombshell story should tell everyone how legitimate this story is.