No, Joy Behar, it’s not a ‘mental illness’ when the Lord speaks to us through his Word 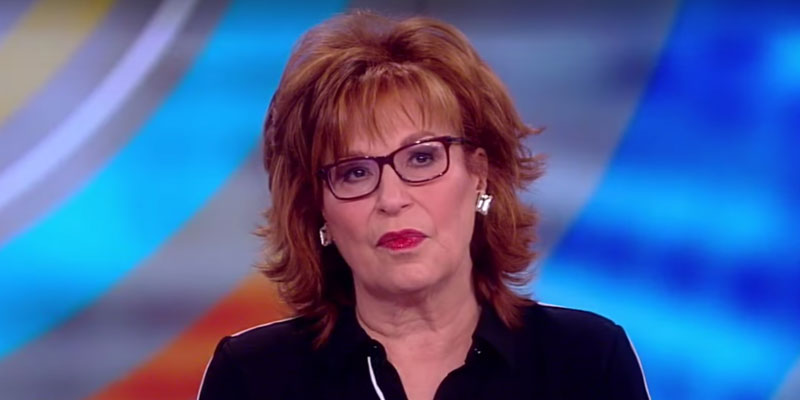 TOM LAMPRECHT: Harry, in the ABC News Department, they’ve got a program that, many may be surprised to know, it’s a part of their news department, “The View”. One of their panelists on this show, Joy Behar, recently made a comment concerning Mike Pence and his Christian faith. She said she understood how Christians prayed to God, but she went on to say, “When God starts talking to those people, don’t they call that mental illness?”

This bruhaha recently came to the ABC shareholders’ meeting in which Bob Iger, who is the president of ABC News, said he was happy to report that Joy Behar made a personal phone call to Mike Pence and apologized for her comments. However, while the White House is saying while he appreciates the apology, Joy Behar needs to apologize to the millions of Christians she insulted over the program.

DR. REEDER: Now are there some Christians that believe God is directly speaking to them with special revelation? Yes. Has God done that? Yes, that’s how we got the Bible — 40+ human authors through which God spoke. When they write, they don’t write, “Thus says Paul about God,” but they write, “Thus says the Lord,” so God has engaged in revelation, that is, He through divine inspiration, has given us His Word, praise the Lord.

But, now, most orthodox Christian theology believes that God has, quote, Book of Hebrews, “finally spoken in His Son.” this revelation has ceased, but God’s illumination continues, that God, through teachers, through your Bible reading, through your prayer life, through your reflection, through your meditation can “speak” to His people.

Now, what is meant there is not a direct revelation of God’s Word that goes beyond the Scripture, but an understanding of God’s Word to our heart to give us wisdom as to how we are to live.

THE SPIRIT OF THE LORD CONTINUES TO GUIDE HIS PEOPLE

To Ms. Behar, I would only mention to you the Book of James, for instance, tells me that, “If you lack wisdom, pray for it and God generously gives wisdom.” Now, how does He give wisdom? He gives wisdom by His Spirit, the same Spirit of God who gave the ability to bring forth the Word of God to the prophets in the Old Testament and the apostles in the New Testament. Now that same Spirit is within us and He who reveals God’s Word through the word now illuminates God’s Word when we go to God’s Word. In the preaching of the Word, God speaks to the hearts of his people.

Part of our theology is that God speaks to us from His Word by His Spirit. We speak to God in prayer. God’s wisdom, when we pray, can actually lead us to some good public theology in life and that what we need to do is to listen to the Lord through His Word and by His Spirit.

I am so thankful that God has spoken to me in His Word. I was in South Florida and I did a series of talks there in a conference. Tom, I was sitting there listening to a talk from the Scriptures by Dr. Peter Lillback and it was amazing all of the insights that came, that God began to speak to my heart showing me my sin, showing me the way of obedience, showing me what needed to be removed, showing me what I needed to accomplish. God was speaking and showing it — that’s what we call Christian Doctrine of Illumination and that’s how God works in our heart.

GREAT TIME TO LEARN ABOUT REPENTENCE AND RESTITUTION

Let’s go back to her broadside against Mike Pence. Well, it was tacky, it was ill-mannered, but I love the way Mike Pence said, “It didn’t offend me” — but he was right to say this — “I’m glad to receive your private apology.” He said, “What I think you really need to do, if you really believe in that apology, is that, by coming after me, there are millions of Christians who believe the same thing I do. I speak to God in prayer; God speaks to my heart through His Word in my prayer life and in the preaching of the Word and in my reading of the Word.”

Let me go to another issue here. This is a wonderful time for us to learn something about the Doctrine of Repentance. The Bible says that, when we are saved, we are saved by faith and repentance. Repentance is turning from sin to Christ and it’s making a 180-degree turn and, when there is true repentance, a couple of things happen.

One thing that happens is confession: we confess our sins. We actually say, “I did this. This is a sin. I confess it. I agree with God that this is sin so I confess it.” Then the Bible says that we do deeds appropriate to repentance. Now, this is not penance that we do to get right with God.

Tom, if I say something against you publicly, then I’m not only called to come to you and say to you, privately, “Tom, would you forgive me?” I’m also required to go to that same public arena and tell all those other people, “I was wrong.” That would be deed-appropriate to repentance. If I steal something, I want to pay it back. If I have broken someone’s relationship with someone else through my sin, I want to restore it. Restoration, reconciliation, restitution — those are deeds appropriate to repentance.

And then, secondly, by attaching Mike Pence because of the Biblical doctrine of guidance — of how God guides His people when they’re making decisions in life — you attacked millions of Christians at the same time so, if you really think what you said was wrong when you called the Christian Doctrine of Divine Guidance mental illness, then you need to respond to all of them. You did it on a public venue, so you need to repent and ask for forgiveness in a public venue.

Why is it important to learn repentance? Let me give you two reasons and we’ll close with this, Tom. Reason No. 1 is you can’t be saved without repentance. The Bible says faith is believing in Jesus as Lord and Savior. Repentance is the Siamese twin of faith. If you have come to Christ for forgiveness of sins because He lived the life you couldn’t live and died the death for you that you couldn’t die in making atonement for your sins, if you come to Him by faith, then you need to turn from your sins and that’s what repentance is.

Repentance is 180-degrees — not turning from sin to do better, but you’re turning from sin to put your trust in Jesus. And, when you turn to put your trust in Jesus, you do the deeds appropriate to repentance. And, for all of those who are listening to us, Tom, let me tell you where you need to start is the same place that God, by His Grace, called you and me to start: turning from our sin and coming to Christ, Who is ready to forgive you and make it right. He has paid for those sins therefore, you’re forgiven and He will give you His Spirit and His Word and begin to speak to your heart so that you can walk away from sin and walk in the glorious truth that Christ is Lord and Savior.

Tom Lamprecht: Harry, on Tuesday’s edition of Today in Perspective, we recently covered the fact that, at Harvard, there was a Christian group that was removed from campus because of a leadership issue. A very similar situation happened at Wayne State University. However, this time, there is both bad news and good news.

DR.REEDER: Let’s take a look at what happened there and maybe some lessons that are inevitably going to have to be learned by Christian organizations in the public square, in general, and in schools, in particular.