Melissa Morrison-Ellis is a 2021 Woman of Impact 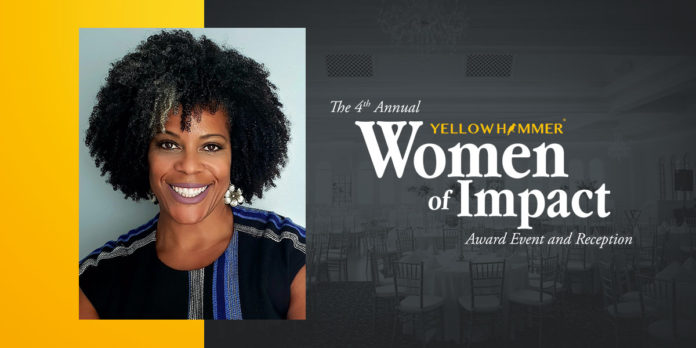 As a first chair violinist is to an orchestra so is program director Melissa Morrison-Ellis to Raytheon Technologies, one of the world’s largest aerospace and defense companies. Spend just five minutes in conversation with Morrison-Ellis, and her own confidence and self-assurance will overflow to empower you as well. With an infectious personality, it’s clear why she’s deserving of her past promotions, accolades and this Woman of Impact honor.

Morrison-Ellis humbles herself to credit those around her as her key motivation. She says she has “realized that everything we do is contingent on people who do it for us.” As a program director, she knows success is in the hands of the entire team and she is happy to fill the role as “conductor,” strategizing, casting vision, making growth projections and continuing execution. Morrison-Ellis is a woman who embraces her differences to make change, which makes her a leader worth following.

The seeds of leadership were sewn in early childhood as a first-chair violinist raised in Arlington, Massachusetts. Nowadays, Morrison-Ellis finds herself conducting a different group of people. As she rises and plays, her team tunes and aligns. Growing up in a town of little diversity, Morrison-Ellis has been smashing glass ceilings since a young girl. She says that aspiring leaders must “get out of their limiting mindset.” Breaking free of limitations was instilled in her character through her parents’ wise words that even though she may be judged and mistreated, she would always have equal opportunity to excel. And excel she has.

Morrison-Ellis currently serves as program director for Next Generation Interceptors (NGI). She is responsible for the multi-billion-dollar upgrade of flight test articles for the Missile Defense Agency’s ground-based midcourse defense system. After studying civil engineering, Morrison-Ellis found herself increasingly fascinated with business development and went on to pivot into program management and receive a master’s in engineering management. Among a star-studded career, she has received awards such as the 2019 Program Leadership Award, the most prestigious award for program leaders, and was also recognized at the 2016 Women of Color STEM Conference receiving the first Professional Achievement Award in Industry for Raytheon. While she has held multiple positions and acquired a stacked resume of management experience, she has also maintained an active relationship with Diversity and Inclusion teams.

Her heart to mentor has become a large part of her purpose. She was excited to report that she just recently “got her own girl” within AUM Foundation’s pathway to success program for underprivileged senior girls in high school. She’s teaching that the key to excelling is staying grounded. She stays rooted in her faith through her community involvement, working out and daily practicing what she calls her “ABCs.” This system consists of a daily affirmation, Bible reading and call-out/prayer. While sometimes she feels the position she finds herself in as a black, female leader creates a sense of pride, it can create a sense of burden, too. She keeps herself motivated by implementing systems in every area of life that remind her to remove expectations previously placed on her.

Her final piece of guidance to the women who will come after her captures her own spirit of determination. She says, “If I quit, they win. Do not feel limited by what others may perceive your maximum capacity to be.”

Yellowhammer News is proud to name Melissa Morrison-Ellis a 2021 Woman of Impact.