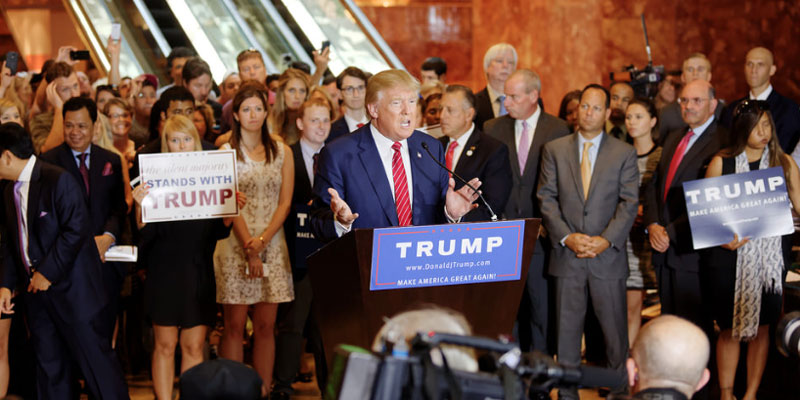 Many Americans are both confused and frustrated by the media’s handling of President Trump. The media seems to, overall, fall into one of two groups. The first group is comprised of honest reporters who do not ‘spin’ the story. This group needs no further discussion. They are the lifeblood of the American press, and I commend them. It is the second group of journalists that yields cause for concern. These journalists take incredible liberties, undermining the opposing party’s credibility with little basis in fact. It is these journalists and media outlets I wish to address.

While I must admit there is a certain level of “spin” present amongst most political journalists, there is a difference between “spin” and flat-out lying. Undermining truth and credibility among political figures with incorrect facts is essentially the definition of “fake news.” Although President Trump has made factually incorrect statements, these statements have, more often than not, referenced issues that are of less importance than the many real problems Americans are facing. The media is quick to give coverage to these less important statements, preventing Trump from receiving any beneficial and relevant media coverage.

The absurd claim that Trump had constant contact with Russian intelligence agents during his campaign and that Russia helped throw the election in Trump’s favor is a prime example of an unwarranted attack generated by the left and promulgated by the media. This assertion is completely unproven and most likely false, considering there is no evidence to support these claims. Following the election results, the left and the mainstream media displayed extreme bouts of hypocrisy. Prior to the election of President Trump, Hillary Clinton and other DNC leaders decried even the possibility of voter fraud. Although Trump continually claimed the election was “rigged” and that he would be skeptical of the election results if he lost, the left produced a much greater level of outrage at the possibility of a “rigged” election. In fact, prior to Trump winning, Clinton stating, “That’s not the way our democracy works. We’ve been around 240 years. We’ve had free and fair elections and we’ve accepted the outcomes when we may not have liked them and that is what must be expected of anyone” (1). However, after Trump won, the opinion of the left quickly changed, to say the least. Supported by the media, the left was able to generate inane rumors that Russia rigged the election for Trump. Jill Stein, another leader of the left, quickly went in the far opposite direction of her party’s stance before the election, seeking “full recounts in Michigan, Pennsylvania, and Wisconsin, all states where Clinton narrowly lost to Donald Trump” (2). It seems, as soon as they lost, the left went back on all their claims of what an American democracy looks like. Of course, the media took the unsupported Russian claims and ran with it, airing the controversies continuously for weeks.

The media does not seem to understand that, in the long run, constant displays of hypocrisy and bias serve only to further alienate the American people. While their vicious, overblown attacks work to attract readers and viewers short term, they are not a viable long-term method. Endless assaults on President Trump pollute the information received by Americans, thereby reducing the mainstream media’s credibility and encouraging alternative media sources. One might then wonder, if so many members of the media are intent on not having Trump reelected in 2020, how will reducing public trust in the media help them to achieve that goal? I hope left-wing members of the media will learn to do their job and report real facts with as little ‘spin’ as possible. News outlets should not publish a story because they like the results or impact but rather because they contain useful information for readers and viewers. Through honest and fair reporting, perhaps the media will be able to earn back America’s trust. However, if journalists do not display this change of heart soon, President Trump’s approval ratings may well pass 50% by the beginning of summer.

Mr. Naron is an intern at the Reid Law Firm and is also a political science major at Samford University and can be reached by e-mail at bnaron@samford.edu.