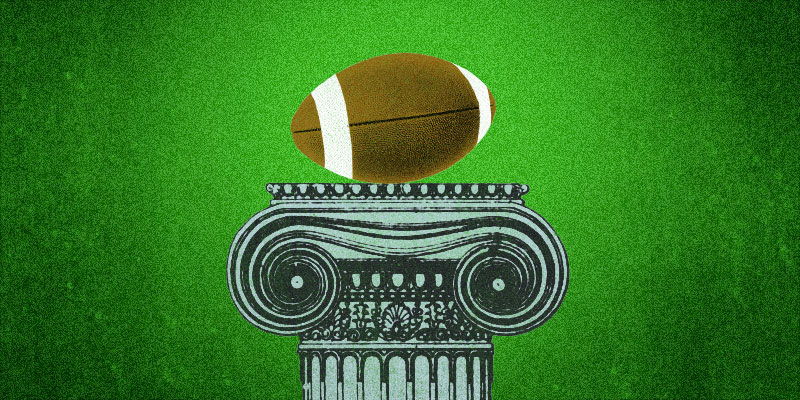 Hmmm…. So… Remember back, wow, a six-week lifetime ago, when so many Alabamans were calling for the guillotined head of Auburn football coach Gus Malzahn?

Don’t they look rather silly now that Auburn is in the SEC title game and very much alive for the national championship?

No, this isn’t a sports column, although I started my career as a sportswriter and remain an avid sports fan. And this isn’t a piece intended to show how so many people were such bad judges of coaching talent. Instead, this is a comment on a culture that puts far, far too much emphasis on football, and that over-reacts, far too quickly, to every change in football fortunes.

There’s still a “Fire Gus Malzahn” home page on Facebook. There’s still the Twitter feed of the same name. Way back in 2016 after just a few games, there already was a fan-led GoFundMe page to fire the coach. There still are the newspaper analyses available online from mid-October about how Malzahn was likely a goner and certainly a mediocrity – as in al.com’s Kevin Scarbinsky writing of Malzahn and Auburn that “There is no winner here. If, by winner, you mean a head coach capable of competing for and capturing championships on the state, conference and national levels.”

Scarbinsky continued: “Four years ago, Malzahn was right there. Now it appears that window has closed and been boarded shut.”

Why the rush to judgment only part-way through a season? Why the fan uprisings to fire a coach who as recently as 2013 had brought his team within three points of a national championship, who was offensive coordinator for Auburn when it did win a national championship — and who had never had a losing season as a head coach?

And for those who thought an 8-5 season was an entirely unforgivable sin, was there any consideration of whether this was an 8-5 coach who ran a program with integrity or one who ran a sleazy program? Did a program’s integrity matter at all? How about its success, or not, of actually helping kids get educated? If Malzahn had been 8-5 but his program produced a Rhodes Scholar in three straight years and boasted a graduation rate of more than 80 percent, would his critics have been less vociferous?

Football is loads of fun to watch and debate about and even slightly obsess about. Some of us even think that winning really does matter. But as Managing Editor Rachel Byars wrote over the weekend (in a slightly different context, that of the losers’ post-game funks), there is a “type of tomfoolery that runs rampant in our state” which elevates football wins and losses to a position of outlandish importance.

People agonize over football losses, but they pay only lip service to truly important matters such as education (both at the family level and as public policy), much less macro-problems such as Black Belt poverty. I know of a single small school in New Orleans, for example, that regularly turns out more National Merit semi-finalists than the entire county of Mobile. Yet as someone who has lived in each place for years, I can guarantee that New Orleanians are not naturally smarter than Mobilians.

While it would be foolish to overstate the case — clearly, we must grant that the overall New Orleans education level still lags the national average — the higher achievement levels for at least a subset of the Crescent City is an indicator that more citizens there truly stress educational goals than the percentage who do so here.

The larger problematic outlook is one of insularity and tribalism. Bragging rights about our tribe outscoring your tribe (whether within the state or between it and others) — or of Alabamans thumbing their noses at outsiders because, well, we kick their butts on the gridiron — take on an outsized importance in our culture.

So when a consistently winning coach oversees one or two early-season losses, well, dontcha know he should be fired and tarred and feathered? That’ll learn him, but good, now won’t it?

That attitude is absurd. We can do better than this. We can show more patience, at least until a season’s end. We can consider other factors in the mix, such as arrest records (bad) or graduation rates (good), or a host of others.