The Loss of American Civility…And is Alabama Next? 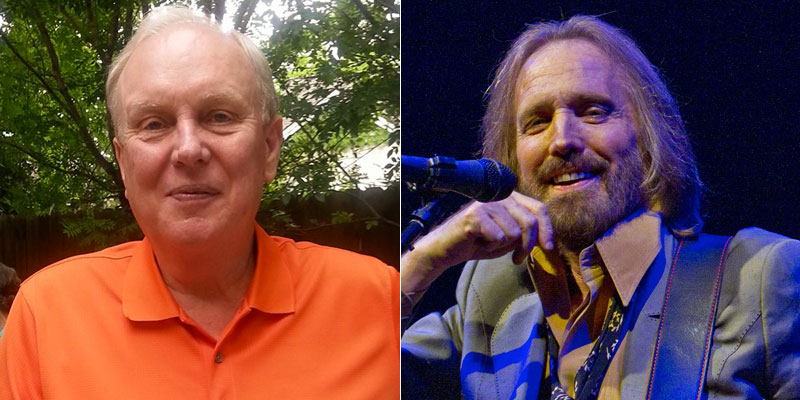 There are few places left in America where one consistently encounters friendly faces, warm smiles, courteous neighbors, and hospitable strangers. Alabama is one of those places, but in a world that’s increasingly losing its civility, we must ask ourselves, what makes Alabama different and how long can it last?

As this first week of October has unfolded, we’ve been confronted with the heinous news of the Las Vegas massacre, the sad news of  Tom Petty’s passing, and the heartbreaking loss of one of Alabama’s finest sons, Rep. Jim Patterson.

Given the timing, I couldn’t help but juxtapose these three events and reflect on the implications.

Sunday night In Las Vegas, a psychopath murders helpless people who’d gathered for an evening of fun and entertainment, 45 minutes after they sang God Bless America, unified in appreciation of everything our nation once stood for, and the hope of what it can again become.

The next day, Tom Petty passes from this earth, and millions of Americans take to social media to remember his songs and the emotions they evoked. And on that same day, one of Alabama’s finest sons passes as well, leaving friends and family to grieve, but with a certain hope.

While crazy people like the Las Vegas murderer Stephen Paddock have always existed, events that outrageous do beg the question—how has America fallen so far? The answers to this question are complex, debatable, and multi-faceted, and I don’t pretend to know even most of them.

One factor that is beyond reasonable doubt, however, is that America has lost its sense of civility because America is increasingly losing its families. The connection between the two is that the family is where civility is fostered because it’s where broken human beings learn to overcome selfishness, forgive wrongs, and genuinely regard others as more important than themselves.

Yet, the thriving family that was once the epicenter of American life is slowly but steadily slipping away. A few statistics make this point.

Fewer people are marrying than ever before in America: Pew Research says the share of Americans who are married is at its lowest point since at least 1920. Half of Americans 18 and over were married in 2015, compared with 72% in 1960. In 1950, that number was about 78%. One factor driving this change is that Americans—particularly men—are staying single longer. According to Pew, “In 2012, 78% of 25-year-old men had never married compared with 67% of their female counterparts, and by 2016, the median age at first marriage had reached its highest point on record: 29.5 years for men and 27.4 years for women.”

More children are fatherless than ever before in America: According to the National Center for Fathering, more than 20 million children live in a home without the physical presence of a father. The social maladies that flow from children growing up without a father are staggering.

Granted, people like Stephen Paddock are still statistical anomalies, notwithstanding the increase of such horrific incidents in recent years. For this reason, let’s throw him out of the discussion and consider the lives of Tom Petty (or at least those represented in his songs) and Jim Patterson.

I’m sure the slightest hint of anything negative about Tom Petty will draw the outrage of many, which I completely get. I really liked most of his music, and he was a great at what he did—making us turn up the radio and sing along. But let’s have the courage to examine a few facts for the sake of a cultural discussion.

As soon as I heard the news of Petty’s passing, the song that instantly came to mind is one of his greatest hits, Free Fallin’. So let’s recite its lyrics, which I suspect many (including me) know by heart:

It’s a long day, livin’ in Reseda
There’s a freeway, runnin’ through the yard
And I’m a bad boy, cause I don’t even miss her
I’m a bad boy for breakin’ her heart

All the vampires, walkin’ through the valley
Move west down Ventura Blvd
And all the bad boys are standing in the shadows
And the good girls are home with broken hearts

According to SongMeaning.com, here’s what Free Fallin’ means:

The bottom falls out as one bad boy realizes that in pursuing the ideal of freedom, he sacrifices meaningful connection.

Allusions:
Reseda was a family-oriented suburb of LA when the song was written
Freeways in LA cut right through residential areas in some places
West down Venture leads out of the suburbs
Mulholland is a district of LA and a highway that leads west

Figurative Language:
Bad boys are vampires because they exploit women for sex, money, or experiences and then leave them hurt

Meaning of final verse:
The lines “I wanna free fall out into nothin’ / Gonna leave this world for awhile” express escapism. His lifestyle is idealized as the pursuit of freedom and superficial experience, which he realizes through his fling with the good girl lacks meaningful connection. This realization hurts him, and these lines reveal the true face of his lifestyle: an escapist’s addiction, an ephemeral place of loneliness and worthless experiences. But he lacks the courage to return to her (I’m gonna leave this world) and decides to continue his pursuit of freedom (fall out into nothing).

The final chorus is a bittersweet reaffirmation of his freedom, now that he realizes it isn’t the high ideal he had thought it was.

I am not saying that Free Fallin’ is a summation of Tom Petty’s life, not at all. What I am suggesting is that these lyrics provide a compelling snapshot of American culture. Its misguided notions that love is but an illusion and the best kind of connection anyone can hope for is one that’s fleeting—the kind that leaves a hole in a person’s heart—have shaped the last couple of generations, and the slope seems more slippery by the day.

I believe the evidence of just how deeply those notions have grasped American culture is reflected in the statistics above—fewer marriages, far more children left to figure it out on their own, and far less lasting love.

As a result, an American boy’s best play is to stand in the shadows, like a vampire, and break a good girl’s heart.

This tale of such foreboding hopelessness is quite stark when compared to the life of Jim Patterson, who left this earth the same day as Tom Petty. Facebook was replete with tributes to Jim that said the one thing he always did was gloat about his beloved wife, Susan, and their three children whom he adored.

In other words, Jim Patterson’s life was the converse of the anonymous American boy in Free Fallin’.  Jim was a man who devoted his life to lasting connection and thriving community. He was a man who spent his life protecting, pursuing, and providing for the hearts of those he loved, not breaking them.

He was also a great friend. As Rep. Donnie Chesteen told me today, “There is a void in my life that will probably never be filled. Jim truly was my best friend and brother, but I know he would not want us to be sad because he lived life to the fullest.”

Now for those who don’t know Donnie, he’s a man’s man—an ole football coach, a husband, dad, and a leader of men. In other words, Donnie Chesteen is the epitome of true masculinity. Yet, today, he tearfully mourns the loss of his buddy Jim Patterson because they both understood the value of a friend who sticks closer than a brother—and that kind of friend doesn’t come along every day.

And I can say with confidence that they are both that kind man because they realized a long time ago that they were not placed on this earth to merely serve themselves, to use other people, to accumulate things, or even to find happiness. They understood as boys the age of Tom Petty’s mythic character that the real joy in life comes in sacrificial friendships, volitional commitments, gracious forgiveness, and abiding love.

That is the fountain from which Alabama’s most redeeming qualities flow, and it’s a fountain that I hope will one day soon flow freely again across America. For that to happen, however, we must restore the value of families who raise sons like Donnie Chesteen and Jim Patterson. If we don’t, countless more lost souls will  stand in the shadows waiting to break a good girl’s heart, because no one ever told them a better life awaits.

The good news is, as Jim Patterson well knew, God offers us all—even the vampires in the shadows—a certain hope that makes men (in the words of Tim McGraw) both humble and kind, and that is a fountain that never runs dry.