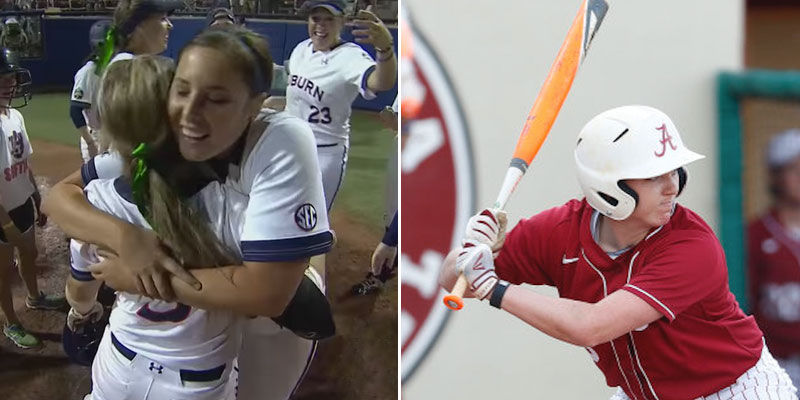 Alabama wrapped up regional play on Sunday with a 1-0 win over Minnesota. That was after the Tide had beaten the Gophers the day before by the same score. They now prepare to face number one overall seed Florida in the Super Regional round of the NCAA Softball Tournament. This will be the first matchup between the Gators and Tide this season.

Auburn is the seventh overall seed in the tournament. The Tigers went 3-0 in their region to get to Super Regional action. After opening with an 11-0 thumping of East Tennessee State on Friday, Auburn beat California on Saturday (4-3) and again on Sunday (8-2) to claim their regional. Because they are one of the top eight seeds in the tournament, the Tigers will have the opportunity to host their Super Regional series. Their opponent will be Oklahoma, and it will be a rematch of last year’s Women’s College World Series finals in which the Sooners came away victorious. Auburn beat Oklahoma 3-2 in this year’s season-opener on February 9th.

The Tide and Tigers weren’t the only SEC teams to make the Super Regional round. Altogether, eight teams from the league made it, which is half of the Super Regional field. This is the second time the SEC has sent eight teams, and it is the only conference in history to accomplish that. Texas A&M travels to Tennessee; Ole Miss heads to UCLA; LSU is playing Florida State; and Kentucky will face Oregon.

The Super Regional round consists of eight separate best-of-three series. These will take place Thursday through Sunday. Then, the eight winners of the NCAA Super Regionals will advance to the Women’s College World Series in Oklahoma City, Okla.