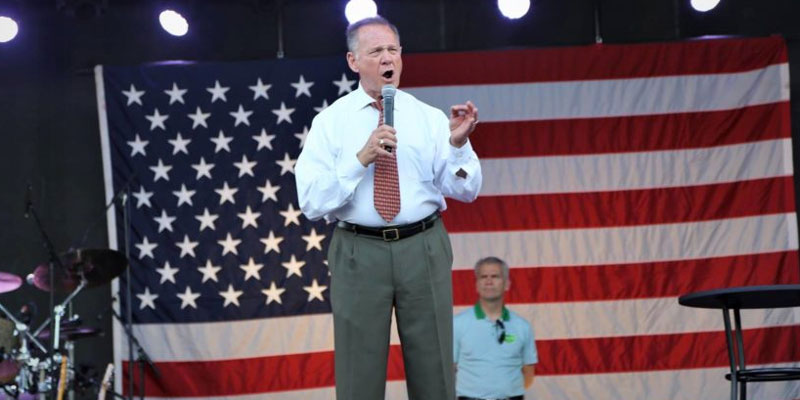 My first thought after reading the Washington Post’s story alleging that Roy Moore preyed upon teenaged girls was … this sounds believable.

Why would a woman, multiple women, in fact, fabricate such a story? The thought of electing such a man to the U.S. Senate from Alabama made me sick to my stomach.

My second thought was … this sounds believable, but is it? The thought of reflexively questioning an apparently solid piece of journalism made me even sicker.

— I don’t believe in wild conspiracy theories and those who peddle them should be drummed out of the conservative movement. And sticking one’s fingers in one’s ears and shouting “Fake News!” is a simple and sure way to become an ignorant person.

— Conservatives should only be concerned with the truth, even if it hurts our candidates, our campaigns, or even our cause. We cannot ignore truth just because it’s uncomfortable, it challenges our conclusions, or if it comes from an unsavory or untrustworthy source.

It’s difficult, but we must sort through these things. Truth is hardly ever served up on a silver platter, just the way we ordered.

Why are we only just now learning about such a damning allegation against a man who has been the target of both parties for decades?

The establishment and moderate wings of the Republican Party have tried to yank Moore off the political stage for years, and the Democrats hate the man with the fire of a thousand suns. They’ve each thrown everything they could at the judge, from saying he has shady financial arrangements to questioning his mental stability.

Yet now we’re to believe that it was “common knowledge” around Etowah County that Moore dated teenagers when he was in his 30s?

Now we’re to believe that what couldn’t be uncovered by years of attempts by local and statewide Republicans and Democrats somehow suddenly falls into the lap of an outsider who spent a few short weeks asking questions in Etowah County?

But one thing is for sure: Alabamians won’t believe anything printed in the Washington Post.

— For decades its editors and reporters have attacked our history, our heritage and our culture.

— They ridicule our beliefs. They make fun of our people. They think our way of life is backward and offensive.

— They published story after story painting conservatives and conservatism in a negative light, while either ignoring the blinding faults within progressivism or blatantly promoting its champions.

Folks, they can’t stand us.

And they hate … and I mean hate … people like Roy Moore.

They long ago lost any objectivity they may have had about the judge, and their worldview may have dulled their skepticism or at the very least their sense of balance.

We know the media has mistreated the judge in the past. They have portrayed his positions as politically vulgar while many Alabamians have viewed them as courageous acts in defense of our liberties and our culture.

So one must wonder, would the Washington Post treat a damning allegation against Roy Moore with the same degree of skepticism as one made against his opponent, Doug Jones? Would their personal bias make them too willing to believe the charges, or worse, make them fall victim or become an accomplice to a political hit job?

That’s why when most Alabamians read the story last week, they considered the source, and that source is an untrusted and at times hostile actor.

That’s awful. Because we need someone, somewhere, to play it straight down the middle. Just the facts, ma’am. Let us decide.

Sadly, that kind of journalism may no longer exist. Perhaps it never did.

And that’s what makes me sickest of all because our republic depends upon good journalism. Our framers – who we conservatives nearly deify at times – thought so much of the press that it’s the only profession mentioned in our constitution.

When I was younger and more idealistic, I thought of the press as guardians of the truth, keeping it safe and clean from those who would lie and distort.

But like the little boy who guarded the sheep, the Washington Post has cried “Wolf!” one too many times.

Even if this wolf is real, the townspeople aren’t coming.

And the truth, like the sheep, may get torn to pieces.