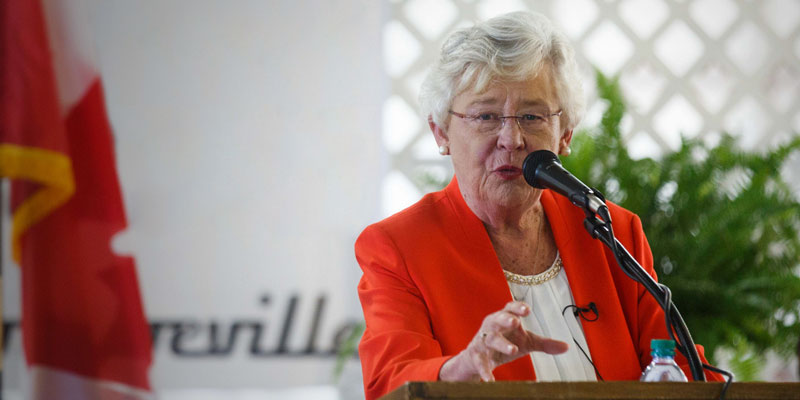 In the 2,500 hundred-year-old military classic The Art of War, Sun Tzu says “All warfare is based on deception…Let your plans be dark and impenetrable as night, and when you move, fall like a thunderbolt.”

It’s no secret that many political operatives treat the Art of War as their strategic and tactical bible, but when sanctioned government bodies seem to subscribe more to Sun Tzu than state law, wiser entities are forced to intervene.

That’s what happened yesterday when Governor Ivey’s General Counsel, Bryan Taylor, sent a letter to the State Board of Education on the Governor’s behalf, reminding them of their obligation to abide by the law. While Taylor’s letter was sent to the full Board, it was clearly directed at those who seem determined to execute their personal agenda to get rid of State Superintendent Michael Sentance at all costs, even if it means bending the rules.

Related: Is Alabama’s Education Reformer in the Cross Hairs of the Education Establishment?

Related: The Alabama State Board of Education’s Dubious Review of Michael Sentance

The latest shenanigans started Tuesday morning when members received an agenda (presumably dictated by board chair Stephanie Bell) for the SBOE’s next meeting on Wednesday, August 23. While the purpose of the meeting was never entirely clear, it was classified as a special called meeting, the type that allows the board to do things like evaluate (and terminate) personnel.

When the original agenda for that meeting was distributed, it simply included the item “Personnel.” Late yesterday afternoon, however, a revised version of the agenda was circulated, and the stakes were raised. The new edition included the agenda item that read, “Superintendent’s Contract – Evaluation.” A bit later, SBOE members were emailed a third version of the agenda, which was slightly scaled back from the second one. This latest version included an agenda item that merely said “Superintendent’s Contract” without the word “Evaluation.”

What’s clear to any casual observer is that all this agenda jockeying is yet another attempt to force a vote to terminate Michael Sentance—albeit an extraordinarily clumsy one.

That’s when the Governor’s office stepped in with some adult supervision.

Mr. Taylor’s letter started by saying, “I write to advise the Board, on behalf of Governor Ivey in her capacity as board president, of legal rules and procedures governing specially called board meetings.”

From there, Taylor pointed out three problems with the bungled meeting and its agenda:

• Only the Governor (who serves as the SBOE president) and the Superintendent (Michael Sentance) have the authority to set specially called board meetings aside from the ones agreed upon every July.

• When specially-called meetings are scheduled, they must be accompanied by notice with a clearly stated purpose, seven days before the meeting.

In other words, the implications of Taylor’s letter are, at the very least: this new, extra meeting was scheduled by those who had no authority to do so; the agenda revisions were not sent out until yesterday, presumably violating the 7-day advance notice rule; the purpose of the meeting is arguable; and specially called meetings are reserved for “extraordinary actions” and no such justification was provided.

The letter concludes, “To hold a special meeting which is not called in conformity with the foregoing legal authorities may expose the board to legal challenge and should, therefore, be avoided.” In other words, if this meeting is held, the SBOE has set itself up for a law suit.

“The Governor is committed to integrity and transparency in government and felt it was important to remind the State Board of Education of the proper procedures related to specially called meetings.”

Thankfully, with Mr. Taylor’s letter, Governor Ivey stepped into the gap and prevailed wise leadership on misguided SBOE members to ensure that Michael Sentance is, at the very least, treated with the due process the law affords. While no one has ever said Mr. Sentance is perfect, he’s diligently working to reform education in a state that desperately needs change. While the educrats don’t seem to care, at least the powers that be are now watching, and hopefully that will give them pause.