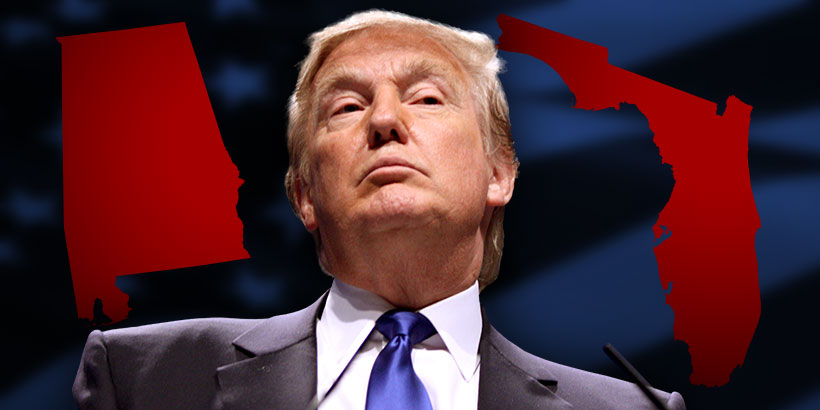 The GOP is asking for an increased number of Alabama volunteers to step up to help Donald Trump win Florida this cycle. In a memo from the Republican National Committee, officials claim that the initial need was for approximately 100 Alabamians, but “due to pressing needs that has ballooned into something quite larger.”

Alabama is a consistently Republican state when it comes to presidential elections. Its neighbor, the Sunshine State of Florida is not. While, Alabama has gone red for every presidential contest since 1980, President Obama won Florida both times he ran for office. Not only does the state flip from election to election, but it is generally close. Out of 8.4 million votes cast in Florida in 2012, Obama won by just 73,189 votes. In 2000 it was even closer, as soon-to-be President George W. Bush defeated Al Gore by only 537 votes.

Because of the critical nature of the “purple” state, the GOP has often called on volunteers from Alabama to assist its ground game operations as November draws near. But this year, the RNC said the need is greater than ever.

In the memo, the RNC noted the important role that Alabamians are playing on the ground right now. “Your state’s volunteer efforts are becoming more and more critical to a vital Trump win in Florida,” the memo reads. “In fact, RNC internals point to a major Alabama involvement in the Florida ground game being essential for that state’s victory on November 8th.”

The key reason that volunteers are needed for a Trump victory is to ensure the future of the U.S. Supreme Court is slanted in a conservative direction, the RNC said. “Imagine a 7-2 Hillary skewed Supreme Court,” the memo reads. “We need you, Alabama. You can serve as a catalyst in the Florida ground game.”

With new volunteers comes the need for more financial support. The RNC notes that while not everyone can be a ground-game worker, others can chip in by sponsoring those who can. According to the memo, sponsoring RNC workers costs less than $500.